Nigerians interested to join the Nigerian Police have been informed of upcoming recruitment into the force. 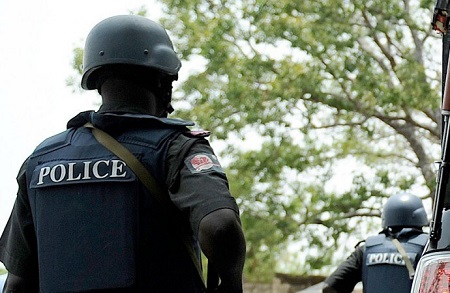 The Inspector-General of Police, IGP Mohammed Adamu has disclosed that the Force will recruit 40,000 Community Policing Officers (CPOs).

The CPOs are expected to complement the Police in law enforcement functions within their localities by performing low-risk and non-sensitive duties.

They will also bridge the gap between the Force and members of the public.

The IG while attributing the number of arrests made in the last seven months to the relationship between the Police and community members, said that the implementation of the community policing concept was imperative.

For proper implementation, the IG said: “We are drawing on the Provisions of the Police Act in relation to the recruitment and utilisation of Special Constables who will be engaged as Community Policing Officers (CPOs) under the coordination of the Nigeria Police towards evolving a community-focused policing architecture.”

Speaking in Abuja at the monthly meeting of the IGP with other senior police officers, the IG also disclosed that the relationship between the police and members of the public in the last seven months has resulted in the arrest of 4,187 suspected criminals.

He also revealed that the highest number of rescued victims were from Zamfara state.

Highlighting how the CPO concept would be implemented, Adamu said: “The breakdown of the Community Policing deployment plan covers the recruitment of a total of 40,000 CPOs across the country in the interim.

“The CPOs will be recruited from within the communities where the prospective applicants reside and average of 50 CPOs are to be engaged in each of the 774 Local Government Areas.

“In addition, 1,300 CPOs will be drawn from professional bodies like the academics, Road Transport Unions, Artisans, Traders Associations, Religious Bodies, Women Unions, and Youth Organisations among others in order to ensure diverse representation.”

He continued: “The CPOs shall be deployed to complement the Police in law enforcement functions within their localities by performing low-risk and non-sensitive duties. They will also act as liaisons between the Police and their communities.

“This policing architecture will free-up conventional police personnel that hitherto perform such functions and enhance our manpower profile in relation to deployment to frontline, operational duties. When fully implemented, the Community Policing Strategy will bridge the gap between the Police and the citizens in a manner that will enhance optimal, cost-effective, and sustainable law enforcement service delivery by the Police.”

On how the relationship between the police and members of the public has yielded result, Adamu said: “Between January, 2019 to date, 4,187 high profile suspects have been arrested nationwide. This includes 1,629 armed robbery suspects; 1,053 suspected kidnappers; 1,023 cultists, and 482 murder suspects.”

On recovery, the IG said: “1,181 firearms of various descriptions and calibre including Improvised Explosive Devices (IEDs) and rocket launchers were recovered in various police operations across the country within the same period. 389 stolen vehicles were also recovered from criminal elements.

On the number of victims rescued so far, he said: “506 kidnapped victims have been safely rescued. It is pertinent to mention that of the rescued victims, 300 were secured in Zamfara State alone with 249 of this number rescued between 9th to 23rd July, 2019 from bandits and militias operating in the forests in and around Zamfara State.

“The foregoing achievements are indicative of the fact that the trust gap between the Police and the citizens has been narrowed such that the communities are now demonstrating impressive commitment towards partnering with the Police in presenting a common front against criminal elements.

“It is also suggestive of the fact that the institutional capability of the Police to undertake specialised operations, take the anti-crime war to the camps and other safe havens of high-profile criminals, and respond to any scene of violent crime has also been significantly boosted. Above all, the achievements are indicative of the effectiveness of the Operation Puff Adder and other strategies emplaced by the Nigeria Police to address prevalent crimes in the country.”