A student of Ibadan Polytechnic has reportedly gone missing some days after writing his examinations. 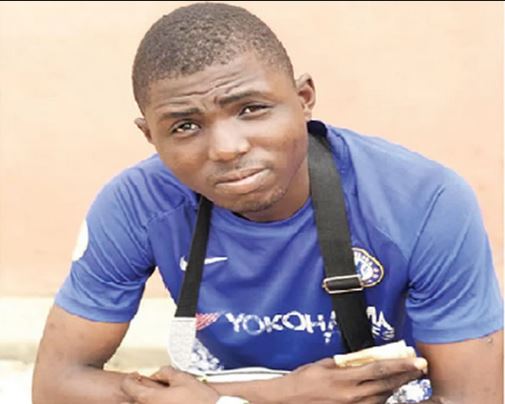 Damilola Bada
According to a rpeort by Punch Metro, four weeks after a student of the Department of Computer Science, The Polytechnic, Ibadan, Damilola Bada, went missing, members of his family are anxious about his whereabouts.

It was gathered that the National Diploma 2 student went missing few days after he finished his examinations.

According to Damilola’s brother, Timilehin, the 20-year-old was last heard from on July 4 when a member of the family called to inquire when he would come home.

Speaking with PUNCH Metro, Timilehin, who noted that Damilola’s friends do not know his whereabouts, said the family’s effort to find him had so far proved abortive.

He said, “Damilola finished his exams on July 1 and on July 4, we called him to ask when he would be coming home and he said the following day, but since then, we have not been able to ascertain his whereabouts.

“When he was with us at Ijebu Ode, he used to disappear like that but then we could still contact him and know his whereabouts; but this time, we don’t even have the means of contacting him. We, however, got to know that he had disagreement with some people regarding money and his twin brother had to travel to Ibadan.

“The twin brother left there on July 5 after Damilola told him that he had some things in Ibadan and since then, we have not heard anything from him. Although when something like this happened in the past, we used to contact his twin brother and he would tell us what was going on, but this time, he does not even know his whereabouts.”

Speaking on efforts of the family to find Damilola, the 27-year-old Timilehin told our correspondent that the family visited the Special Anti-Robbery Squad in Ibadan to see if he was arrested, but the officers told them that no arrest was made, adding that fliers had been printed and pasted in strategic places so that anybody with useful information on him could inform the police.

It was learnt that the matter was reported at the Apete Police Station in Ibadan.

When contacted, the Oyo State Police Public Relations Officers, Olugbenga Fadeyi, stated that the command had no record of the incident.
Top Stories