She might be the woman with the biggest bum in Africa, Nice Eudoxie Yao from Ivory Coast is still making waves after releasing these mouthwatering photos. Nice Eudoxie Yao is said to have the biggest bum in Africa
Nice Eudoxie Yao, said to be the woman with the biggest bum in Africa has wowed her fans with sexy new photos and a video of her massive backside.
The woman from Ivory Coast with limited understanding of English has met Nigerian celebrities like IK Ogbonna and Don Jazzy. She is not only bootylicious as young people will say, but she is also explosively busty. Nice Eudoxie Yao has made a blossom career out of parading her sensitive body parts on social media as she rocks skin tight outfits.
She is a big brand in her country following investigations as she is being coveted by prominent money bags. She is also a known face on the television and radio stations as interviewers tend to make inquiries about the natural status of her gigantic assets. According to the socialite who uses her bum to taunt and 'oppress' her followers serially, she is an actress, make-up artiste, model, masseuse and generally an entrepreneur with an established presence on virtually all the popular social media platforms where she reportedly harvests majority of her business contacts across the world. 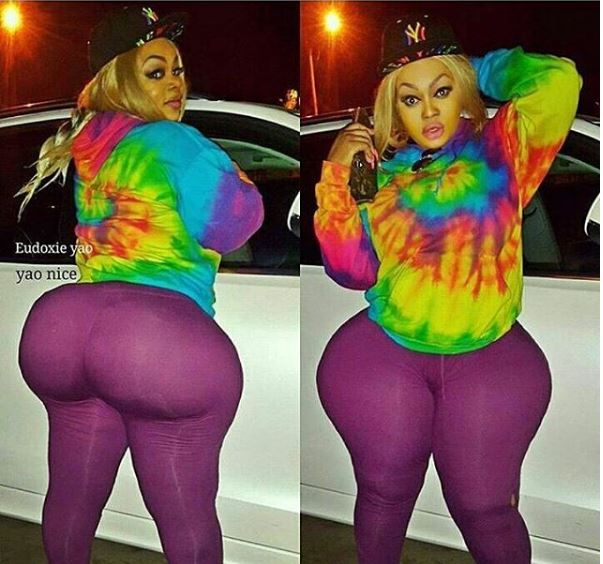 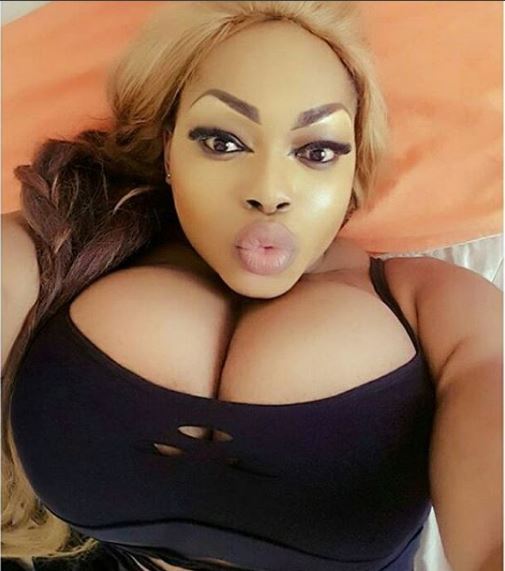 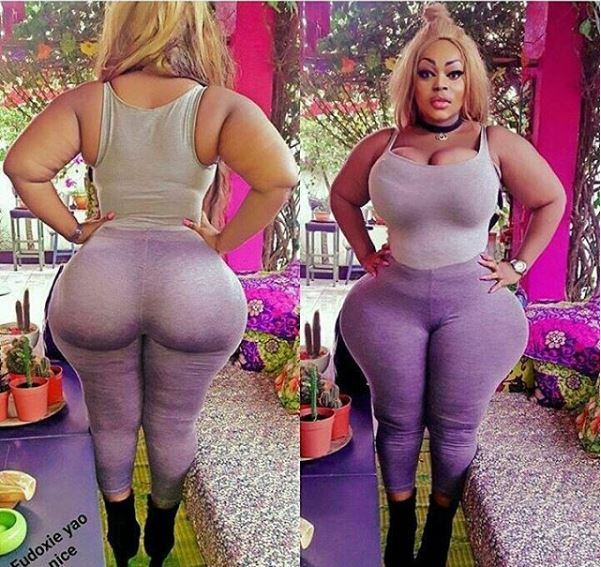 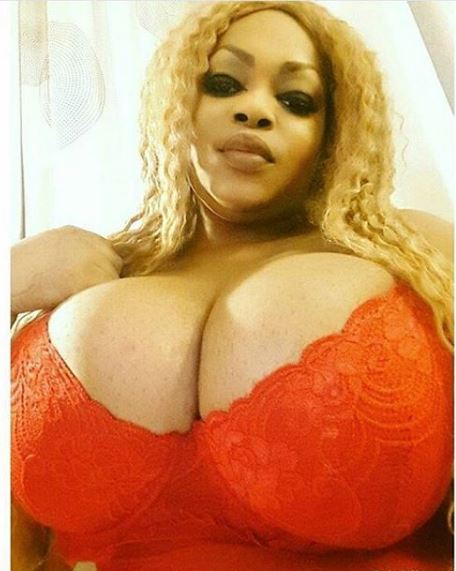