The Nigeria women's captain is demanding her side be paid the same as their male's counterparts. 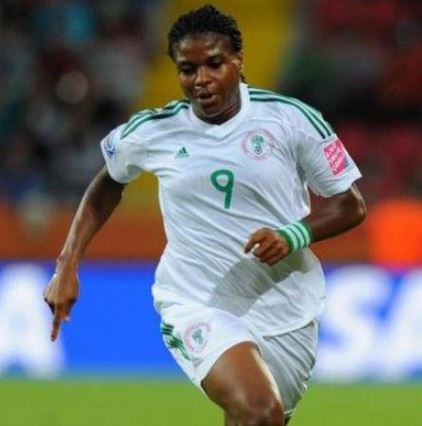 The Super Eagles rank high among the highest-paid teams in Africa and for Oparanozie since the achievements of the Super Falcons dwarf that of their male counterparts, it is not out of place to demand equal pay at the least.

The Super Falcons are the continent’s most successful national side with nine titles and remain the only African team to have played at all eight Women’s World Cup finals.

“We are the most successful female team in Africa, yet we have the largest disparities between men’s and women’s pay,” Oparanozie said at the 2019 Ladies In Sports (LIS) Conference in Lagos.

“I think we deserve equal pay. This big gap tells a different story and a proper rethink of this mode of payment could also help the women’s game.”

Oparanozie, who plays professionally in France with En Avant Guingamp, believes the women’s team are on the right track in their quest for treatment that reflects their achievements and contributions to the sport.

“We have done the nation proud and I think the results over the years are there for all to see,” she added.

“With positive results and more success, I believe we will get there, it’s one step at a time.”

The call by Oparanozie for equal pay with the men’s team is not in isolation as some have already been leading similar campaigns in their various national teams across the world.

Already, the USA women’s team have since begun legal action against the US Soccer Federation over equal pay and their agitation received even more credence after retaining the World Cup at France 2019.

It was the fourth World Cup triumph for the American Ladies while their male counterparts are struggling to qualify for their own World Cup let alone win.

Though opinions have been divided over this disparity in pay for men’s and women’s team, it has often been argued that the men’s football is far more lucrative, hence the justified higher pay for the actors.

Nonetheless, in Africa, South Africa seems to have led the way having offered their women’s team the same bonus as its male counterparts at the last World Cup.