Gboluga was sacked by the tribunal over his allegiance to the United Kingdom having acquired UK citizenship. 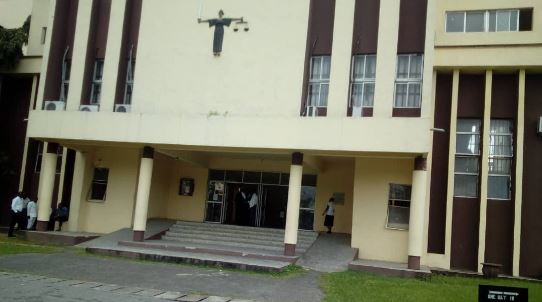 File Photo
The elections petition tribunal sitting in Akure, the Ondo State capital on Wednesday sacked Ikengboju Gboluga of the People’s Democratic Party, PDP, as the member representing Okitipupa/Irele federal constituency in the House of Representatives.
Gboluga was sacked by the tribunal over his allegiance to the United Kingdom having acquired UK citizenship.
According to the tribunal, the petitioner, Albert Akintoye, of the All Progressives Congress (APC) had been able to prove that the respondent was a citizen of the United kingdom and ineligible to run for political office in Nigeria under section 66 sub-section one of the 1999 constitution.
The three-man panel headed by Justice Nuhu Adi directed the Independent National Electoral Commission, INEC to withdraw Gboluga’s certificate of return and issue same to Akintoye.
Reacting to his victory, Akintoye stated that it is the rule of law at work and expressed readiness for further actions on the judgement by the respondents.
However, Olumide Ogunje, counsel to Ikengboju, disclosed that his client will appeal the judgement.
Top Stories