President Muhammadu Buhari has been attacked by Senior Advocate of Nigeria, Mike Ozekhome over Sowore's arrest by the DSS. 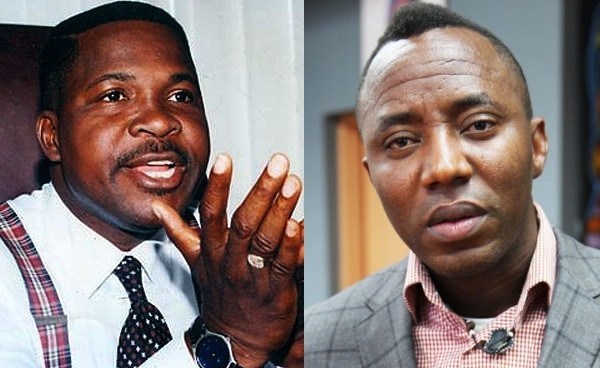 Ozekhome and Sowore
Human rights lawyer and Senior Advocate of Nigeria, Mike Ozekhome has condemned the arrest of former Presidential Aspirant of the African Action Congress (AAC) in the 2019 general elections, Omoyele Sowore by the Department of State Service, PM News reports.

Ozekhome who appeared as a guest on Channels Television’s Sunday Politics, said President Buhari administration is “allergic to plurality of voices and criticism”.

The Human rights lawyer wondered how ‘dancing on the street saying we don’t want bad governance can amount to treason’.

He said: “Dancing on the street saying we don’t want bad governance how does that amount to treason, unreasonable felony?

“You cannot sample opinions. We cannot all sleep on the same bed. This government should learn to be tolerant.”

Ozekhome disagreed with the government and security agencies for calling the planned protests by some individuals as ‘treasonable felony and acts of terrorism’, describing the allegations as “most illogical and damning.”

“That allegation is most plural, most damning and most illogical from the government or security spokespersons.

“Then you must look at Section 410 of the Penal Code that applies in the Northern part of Nigeria including the Federal Capital Territory (FCT), Abuja. Treason is the act of overthrowing the sovereign government of a state,” he stated.
Top Stories