A man has been caught and disgraced after he stole phones inside a hospital ward in the city of Lagos. 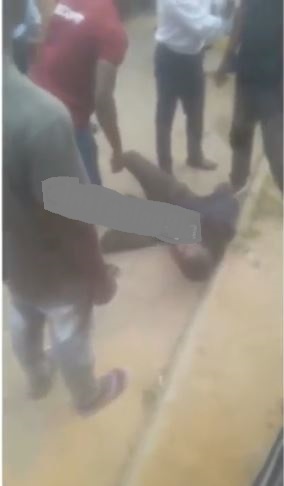 A man has been caught after he stole some phones while inside a hospital ward in Lagos.

The man who posed as a relative of one of the patients admitted at the female ward of the Isolo General Hospital, Lagos, was arrested with many stolen phones.

The suspect had gone to the hospital at night on Monday, August 6, and sat as a patient’s relative, however, around midnight, he was seen entering some offices and was later caught stealing phones in the female ward.

There have been numerous reports of missing phones at the hospital. Last month, a matron at the hospital also had her phone stolen overnight.
Below is a video of the man after he was caught.