A father has been apprehended after he allegedly defiled his step-daughter in Rivers state. 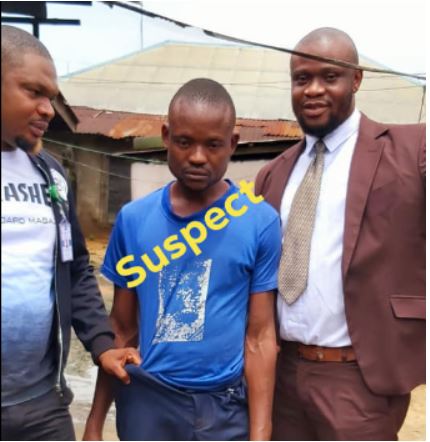 The suspect
A man has been arrested and detained in Rivers state by the police for defiling his 9 year old step daughter.
According to activisit, Harrison Gwamnishu who effected the arrest, he said the suspect who resides in Igwuruta, began to sexually assault his stepdaughter after the mother of the victim denied him s*x repeatedly.
The suspect's evil act was allegedly covered up by his wife who knew about it and decided to save her marriage instead of her daughter.
Got tagged on a Facebook post by Tobore Anne calling my attention on a child defilement case in Rivers State.
Yesterday at 6:00pm I left Asaba to Portharcourt and alerted our Rivers BBI team.
UPDATE
At 11:20am, we reported to Nigeria Police human right desk of Igwuruta Divisional Police Station. In company of a female Police officer, we tracked down the suspect and arrested him.
He confessed using his fingers to penetrate and also inserted his manhood.
The wife who raised the alarm tried to cover up her husband, but they both later accepted and pleaded we forgive them.
We will be taking the victim to the hospital tomorrow and provide all necessary support before charging suspect to court. 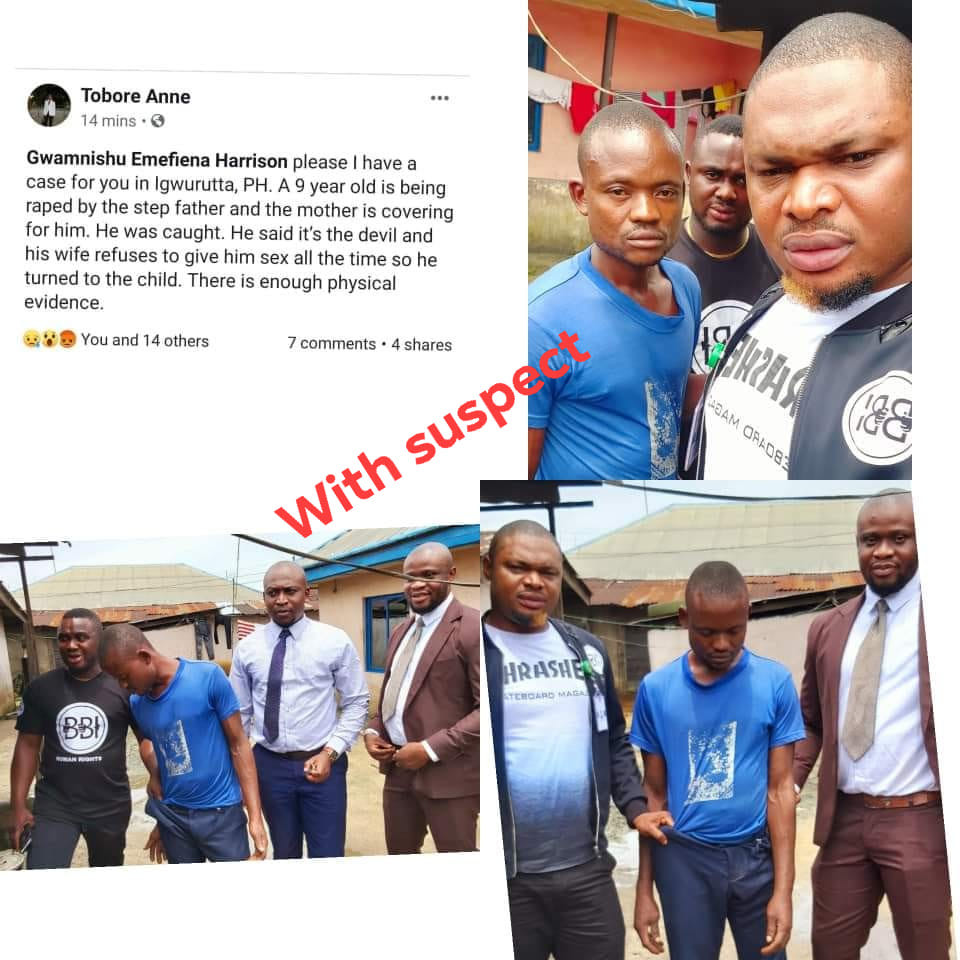