Venita Akpofure seems to be in agreement with their opinions as she told Seyi to advise Tacha. 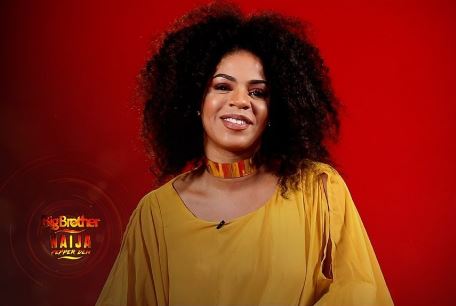 Venita
Big Brother Naija, BBNaija, housemate, Venita on Tuesday complained to fellow housemate, Seyi, about Tacha’s behaviour.
Some BBNaija fans are of the opinion that Tacha, who is a popular Instagram influencer, is not being her real self and is too proud.
Venita seems to be in agreement with their opinions as she told Seyi to advise Tacha.
According to her, Tacha is rude, bitter and feels everyone is against her but needs help from housemates in the house.
Venita to Seyi: “Tacha is bitter and rude she doesn’t really behave like a PH gal!
“She feels like everyone is against her and it’s only her against the world.
“I feel she needs more help and support in the house.”
This is not the first time a fellow housemate will be complaining about Tacha’s behaviour in the house.
It would be recalled that Mercy, few days ago compared about Tacha’s strategy.
Mercy mentioned that Tacha is trying to act Cee-C’s script by being over-confident, disengages herself from housemates in order to win this year’s ‘Pepper dem edition’
Top Stories