A young Nigerian man seeking to escape the economic hardship in the country has married an elderly white woman for better opportunities abroad. 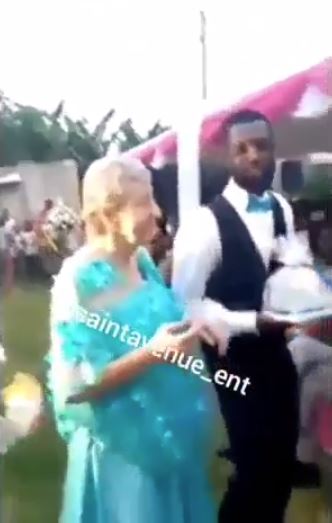 The white bride and her African groom
The hardship in Nigeria is becoming unprecedented as several youths are channeling their energies into the wrong directions to survive.
An avenue wildly exploited by Nigerian men is internet dating, targeting foreigners who could facilitate their exit from the country.
A good example is this young dark-skinned man in his early thirties who just married a white lady from the West who is rumoured to be in her late sixties.
In a short video clip of their marriage ceremony which help in Nigeria, the groom could be seen dancing joyfully while the white woman manages to sway to the local music which she could hardly comprehend.
The video has attracted mixed reactions on social media with many supporting the man's decision, so far it guarantees him a visa out of Nigeria. 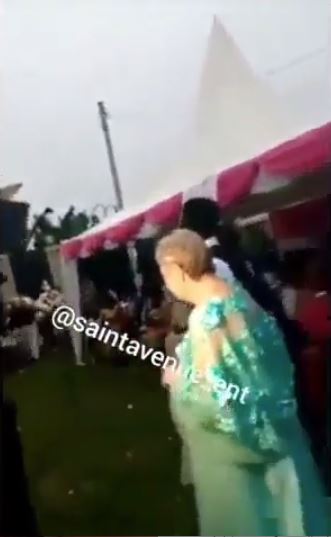 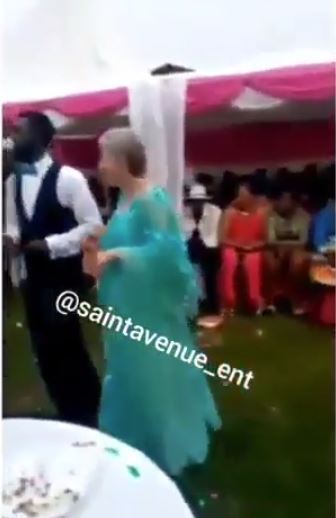 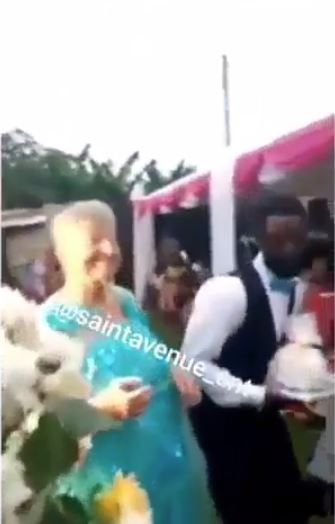