It is the end of the road for a notorious armed robber who has been terrorizing residents of Port Harcourt. 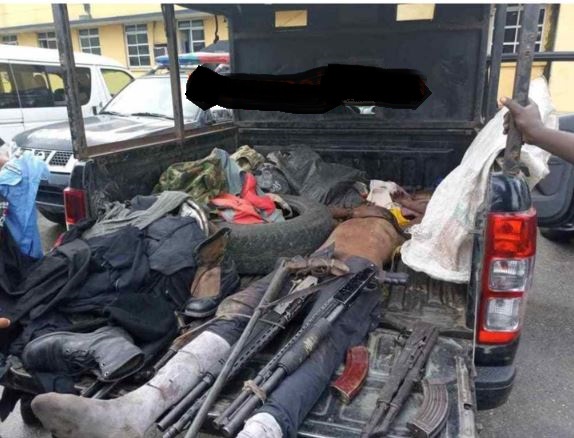 The armed robber after he was killed (Photo credit: viewsnaija)
Rivers state police command says its personnel have killed a member of a notorious armed robbery and kidnapping gang at Rumuakunde in Emohua Local government area.
Police public relations officer, DSP Nnamdi Omoni said operatives of the Operation Sting while working on credible information, stormed the kidnappers camp which led to the death of one ABACHA.
“In a combined operation with the Anti-robbery team Rumuji police station, working with a local vigilante, stormed a kidnapper’s camp at Rumuakunde in Emohua local government area, where a gang of kidnappers led by one Ekwueme Brown who is alleged to be the leader of the criminal gang terrorising the East West Road was operating. 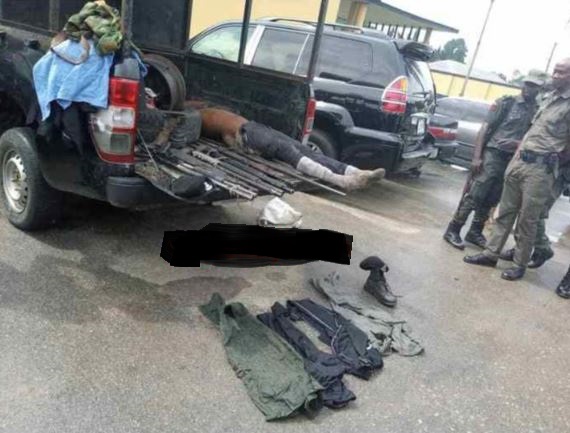 “On dismantling their camp, the following exhibits were recovered, two AK 47 rifles, three Pump action guns, one locally made single barrel gun, twenty three rounds of 9mm live ammunition, large quantities of police and army uniforms”.
According to him, on sighting the police, the hoodlums opened fire and escaped with life threatening gunshot wounds.
“The operatives are still combing the bushes with a view to arresting other members of the gang that fled with gunshot wounds”
He appealed to the public to help the command with useful information that can lead to their arrest. 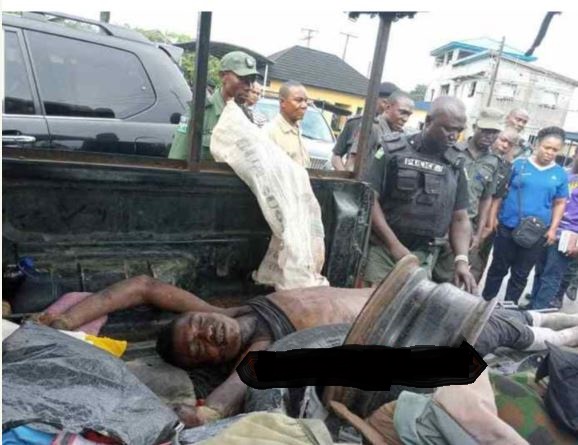