A pastor is on the run after impregnating a nineteen year-old orphan leaving many people in shock. 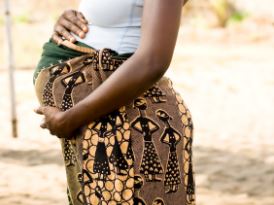 File photo
A Pastor in Binga District in Zimbabwe who was deployed after completing Bible school is on the run after he allegedly impregnated a 19-year-old teen adopted daughter.
The Chronicle reports that the 29-year-old popularly known as Pastor Mushayavanhu allegedly had an affair with a 19-year-old orphaned girl who had been adopted by a family in Binga.
According to a family member who is in custody of the teen, the man of God disappeared after the matter came to light.
The family member, who declined to be named, said Pastor Mushayavanhu allegedly left Binga on the pretext that he was going to answer to his case before the church in Harare but never returned.
Pastor Mushayavanhu had, however, acknowledged the responsibility of the pregnancy after being confronted by the family and reported to the church’s overseer in Binga, Overseer Ndlovu.
“My mother, who is late now, adopted the pupil when she was eight-years-old and she took her to school. My mother died in 2017 and I took over the responsibility of taking care of the girl, who is literally my sister.
“In January this year Pastor Mushayavanhu was deployed to Binga and he moved into our family house, which we’ve been renting out to Zaoga Church for years. In April, I heard that my sister was pregnant,” said the teacher.
When contacted for comment, the overseer of the church, Ndlovu, confirmed the incident, saying the church was also looking for the pastor.
“I was working with the young man here in Binga together with a few other pastors. He was deployed to Binga just after completing Bible school and was still on probation.
“We advised our headquarters about his case and he was summoned before being demoted to an ordinary church member while the church was monitoring his commitment,” said Overseer Ndlovu.
-NAN
Top Stories