Two Women Arraigned In Court For Defrauding Housewife Of N21m


Two women were on Wednesday brought before an Ebute-Meta Chief Magistrates' Court for allegedly defrauding a housewife of N21million. 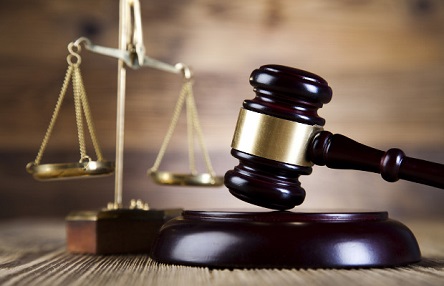 The police, on Wednesday, arraigned two women, Blessing Asugwa and Joy Ogbu, before the Lagos State Magistrates’ Court sitting in Ebute Meta for allegedly defrauding a housewife of N21m.

It was gathered that the duo obtained the money from one Amaka Joel on the pretext that it would be invested in a business, but this never materialised.

They were arraigned on three counts of obtaining under false pretences, fraud and theft.

Asugwa and Ogbu pleaded not guilty to the charges.

According to the police prosecutor, Oladele Adebayo, the women committed the offences between 2015 and 2017 at the Computer Village, Ikeja, Lagos.

Chief Magistrate O. O. Olatunji granted each of the defendants N5m bail with two sureties each in like sum.

The matter was adjourned till September 3 for mention.
Top Stories