Kidnappers have been reportedly given a run for their money by a lawyer after they came to abduct his ailing father. 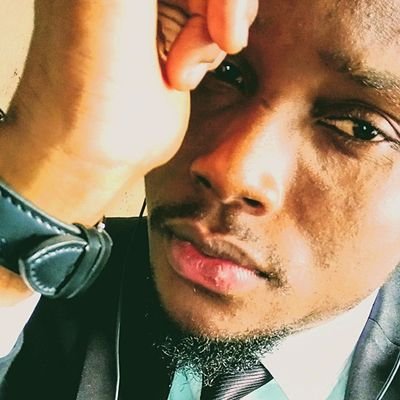 The lawyer shared the story
A Nigerian lawyer has taken to Twitter to share a terrifying experience how he sustained injuries while allegedly preventing the abduction of his ailing father from their home in Aba, Abia state on Wednesday August 7th by dreaded kidnappers.
The lawyer with the handle @ChrisEcia on Twitter, said the men who he believes are cultists, came with the sole purpose of abducting his father but he was able to fight them off.
Read his account of what transpired below: 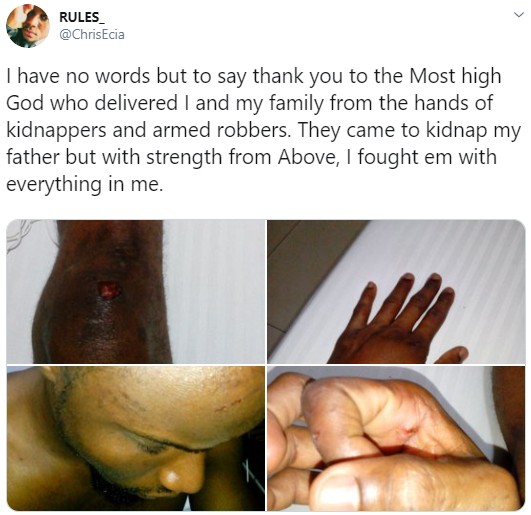 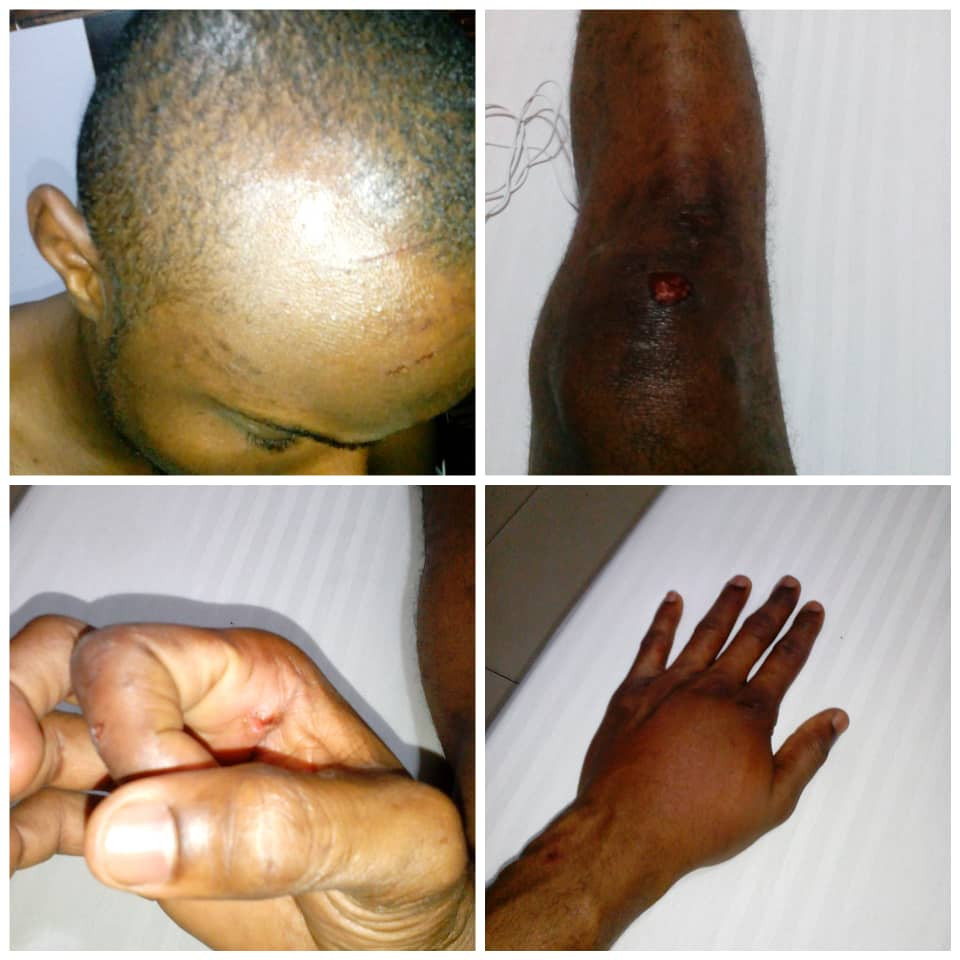 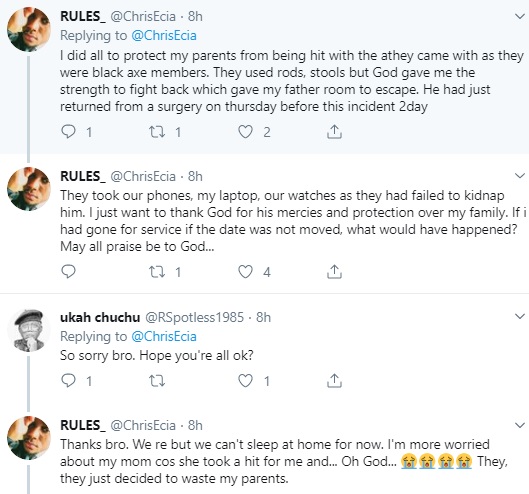