The Argentine was open to the idea of a switch to Mauricio Pochettino's side although the finances involved ultimately proved too much of a hurdle. 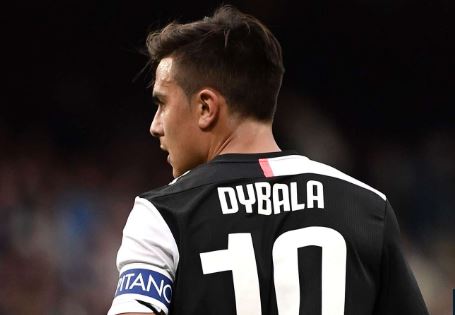 Paulo Dybala
Paulo Dybala's proposed switch to Tottenham has fallen through amid financial issues with the image rights associated with the Juventus forward.
Spurs had launched a shock bid to sign the Argentina international and had even reached a €70 million (£65m/$78m) agreement with Juve over the purchase of the player.
The move came after Manchester United had initially been in talks with the Serie A champions as they look into a potential swap deal that would have seen Romelu Lukaku head in the opposite direction.
But United ultimately decided against pursuing a deal, with Lukaku now closing in on an €80m (£74m/$90m) move to Antonio Conte's Inter instead.
Despite Dybala's high wage demands, Tottenham were confident they could reach an agreement with the player and continued to pursue a positive outcome on Thursday.
But, after meetings between the north Londoners, Juve and Dybala's agent, it was established that a move would not be possible, with the finances required to secure his image rights, coupled with his wages, too much of a stretch.
Sources close to the talks have told Goal that Dybala was open to the idea of a move to the Premier League and Spurs, where he would have linked up with fellow Argentine Pochettino.
After the collapse of that deal, however, it remains to be seen what the future holds for the 25-year-old, who has seen his status in the Juve first-team diminish rapidly over the summer.
Indeed, sources have told Goal that Dybala remains on the market but with the Premier League transfer window closing at 5pm BST (12pm ET), it would appear a late switch to England is not going to be possible.
The financial might of England's top clubs meant that a move to the Premier League was the best option, and it is unclear where that will leave Dybala if, as now expected, he does not secure a transfer before the window closes.
The transfer window in China has already ended and Juve are likely to be reluctant to sell to their Serie A rivals, plus there is the fact his wage demands would be too high for the likes of Napoli, Roma and Inter.
Real Madrid's focus is now on Neymar, meanwhile, with the Liga giants ready to launch an opening bid of €100m (£92m/$112m)+ as Barcelona struggle to shift Philippe Coutinho and thus they do not currently have the funds to sign the PSG star.
Should there be further movement over the Brazilian and a possible exit from the Ligue 1 champions, however, that could free up the Parisiens to go for Dybala.
Whether they would be interested in the Juve forward remains to be seen, with the likes of Kylian Mbappe, Edinson Cavani, Angel Di Maria, Pablo Sarabia and Julian Draxler already part of their squad.
Spurs, meanwhile, do still expect to complete two deals on deadline day, with Giovani Lo Celso due to arrive from Real Betis, while Ryan Sessegnon is undergoing a medical ahead of completing a £25m ($30m) move.
Top Stories