Photos have emerged showing the Governor of Ondo State driving Prof. Wole Soyinka around in Akure. 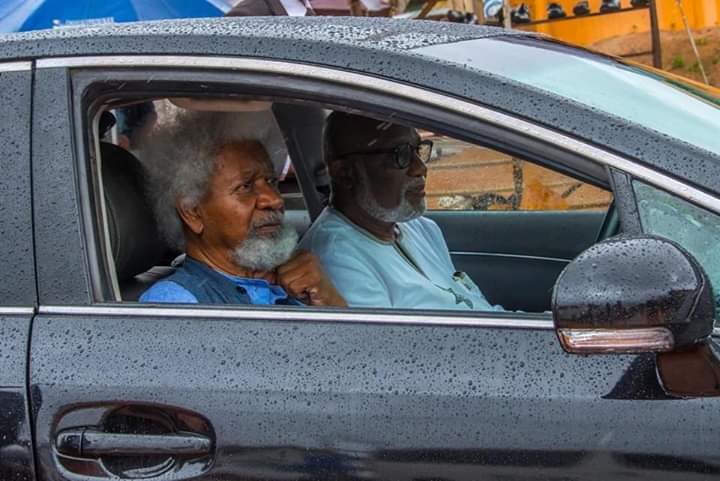 Akeredolu driving Prof. Wole Soyinka around the state
Nobel Laureate, Professor Wole Soyinka, who was in Ondo state for the 2019 Fagunwa Study Group International Conference, was personally driven and conducted round some projects of the present administration in Akure by the State Governor, Arakunrin Oluwarotimi Odunayo Akeredolu, SAN.
The Governor and other members of the state executive Council alongside Soyinka were at the 'A'Division/NEPA as well as the ongoing dualisation of NEPA/Oluwatuyi round about.
The Nobel Laureate hailed Governor Akeredolu over the giant infrastructural strides of his administration in the state.
Soyinka who commended Akeredolu for his good works, also congratulated the people of the state for electing Governor Akeredolu as their Governor.
Soyinka said "the fact shows the light", explaining that it took him some time to recognise the A'Division/NEPA and NEPA/Olukayode ongoing dualisation project because of the serious infrastructural transformation that is going on in the area.
The Nobel Laureate who disclosed that he has been on constant visit to the state in the course of his literary work, observed that governor Akeredolu has changed the face of the state.
See more photos: 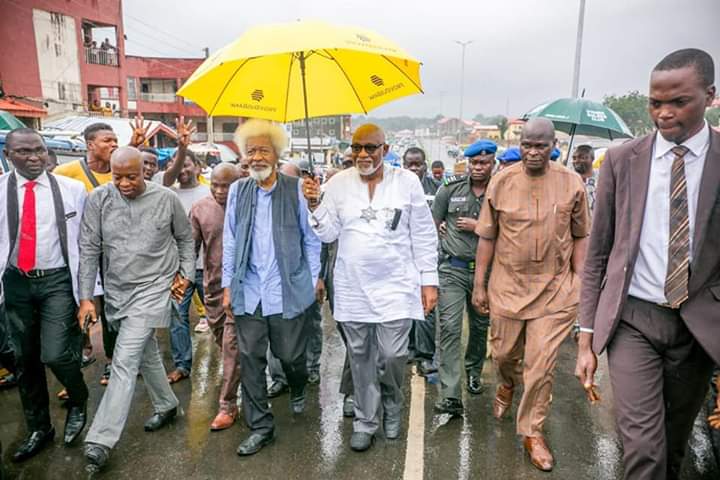 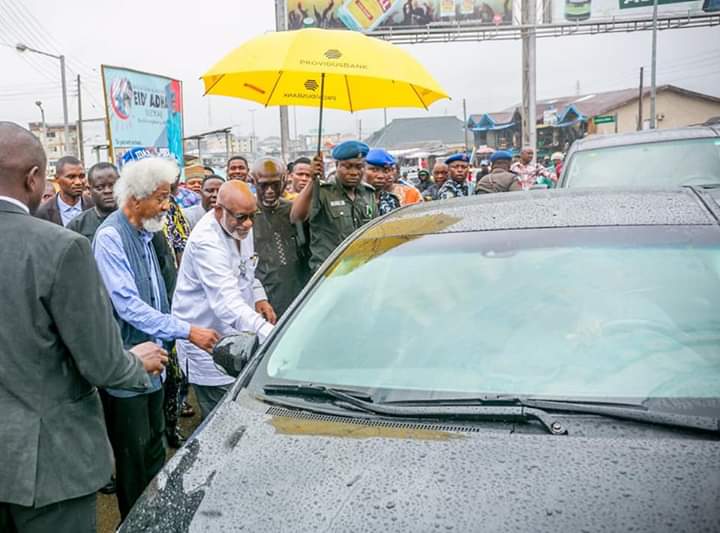 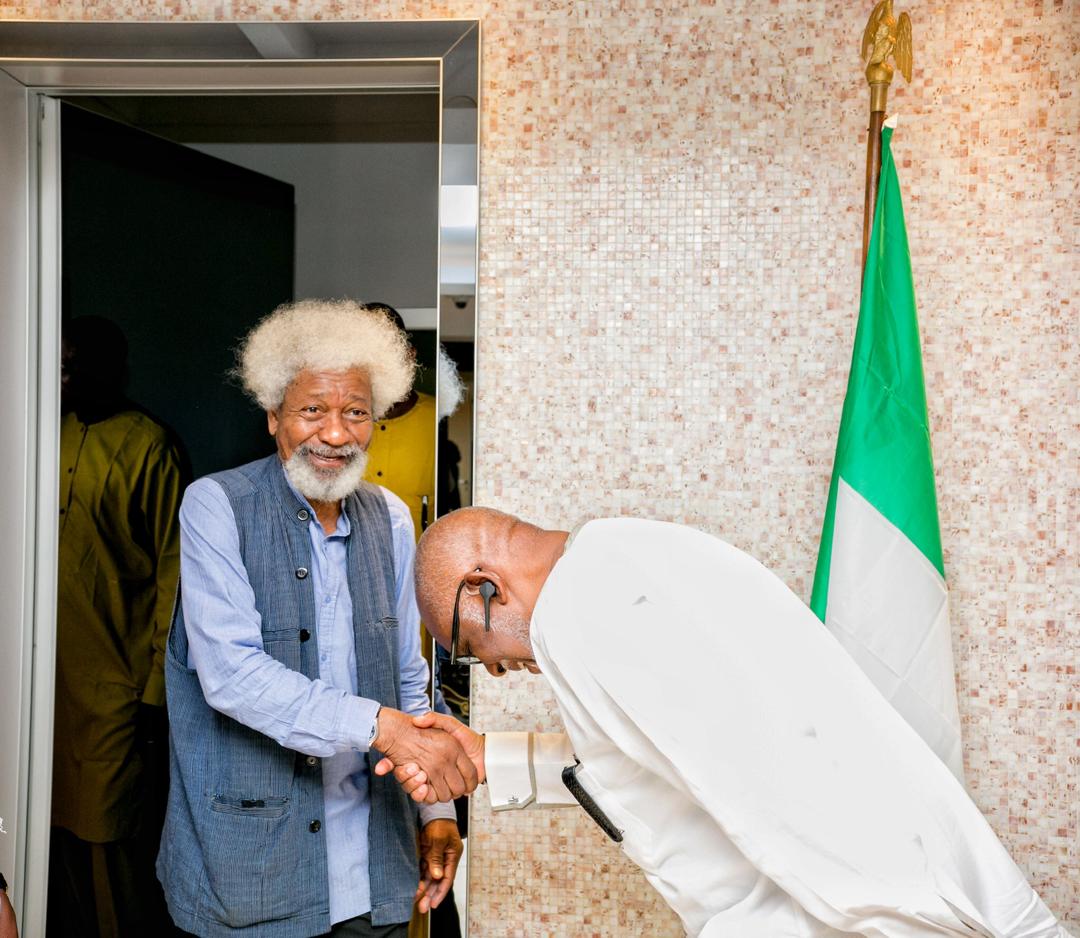