In a petition submitted to CCB, Maiyaki said the governor, his deputy and the SSG, jointly and severally abused their office. 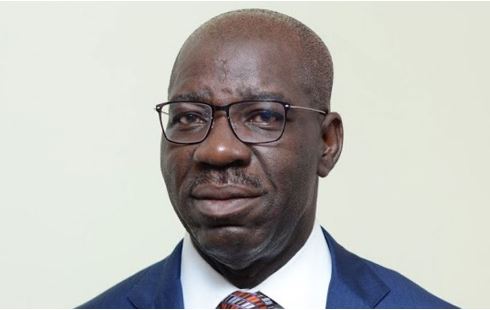 Governor Godwin Obaseki
Mr. John Maiyaki, an ex-aide to Edo State Governor Godwin Obaseki, has taken the governor and his deputy, Phillip Shuaibu, to the Conduct of Conduct Bureau (CCB).
He accused them of misconduct and abuse of office through issuance of a proclamation for the inauguration of the House of Assembly, which excluded some members.
Maiyaki also wants CCB to investigate the Secretary to the State Government (SSG), Osatodion Ogie, for alleged breach of Paragraphs 1 and 9 of part 1 of the 5th schedule to the 1999 Constitution, as amended.
In a petition submitted to CCB, Maiyaki said the governor, his deputy and the SSG, jointly and severally abused their office by unlawfully excluding 14 elected members of the House of Assembly from participating in its first session of June 17.
According to him, the governor clandestinely issued a proclamation without notice to 14 lawmakers-elect and the public, an act which was prejudicial to the rights of any other person knowing that such act was unlawful and contrary to government policy.
Maiyaki also alleged the governor and others abused their office “by engaging in an arbitrary act of unlawfully refusing to comply with the resolutions of the National Assembly directing the …governor of Edo State to issue a valid proclamation for the first session of the EDHA in accordance with the provisions of Section 105 (3) of the 1999 Constitution.”
He asked the CCB to prosecute the governor, his deputy and secretary for breach of paragraphs 1 and 9 of the Code of Conduct applicable to public officers and apply the required sanction as contained in paragraph 18 (2).
Top Stories