A gallant member of the National Youth Service corps has made his colleagues proud after defeating a soldier during a pushup competition. 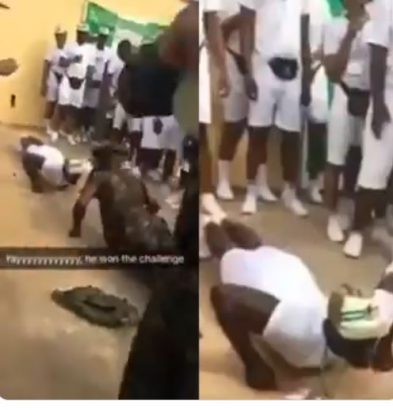 The corper defeated the Nigerian soldier
A youth corper has suprised everyone by defeating a Nigerian soldier in a push up competition.
In a viral video where he faced a soldier in a supposed NYSC camp, he defeated the military man as he gave up before him in the competition.
The young man was hailed by his peers as he hugged them all while hubilating after his victory.
Watch video: