A foundation out of pity has given some thousands of naira to a woman who was battered for protesting the hardship in the land. 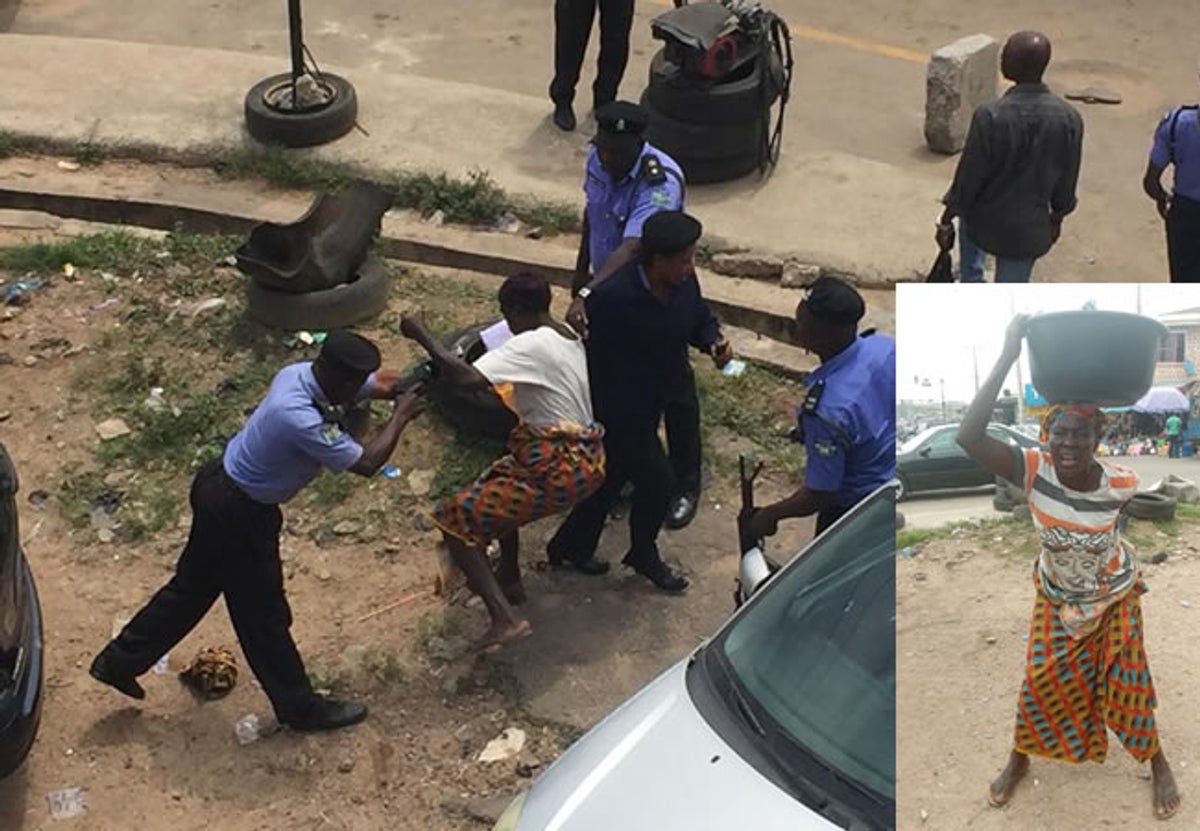 Mama Akanmu being battered by police officers
A foundation, Idera De Movement, on Sunday donated a sum of N50,000 to Mrs. Sariyu Akanmu, a septuagenarian fufu seller beaten by the Police during the Monday, August 5 protest organised by the #RevolutionNow group in Osogbo.
Mrs. Akanmu, an indigene of Agboyele Compound, Osogbo, was hawking fufu on the streets of Osogbo, Osun State capital, when she ran into members of #RevolutionNow who were protesting at Fagbewesa junction and joined them.
After almost two hours of protest, security operatives forcefully dispersed the protesters and arrested seven members of the group.
A director in Idera De Movement, Mr. Funsho Babarinde (right), presenting a sum of N50,000 to Mrs. Sariyu Akanmu.
When the security operatives descended on the protesters, among whom was Madam Akanmu, she was beaten and a policeman hit her in the waist with the butt of his gun.
Journalists at the scene rescued her.
The foundation said it donated the money to the 70-year old Akanmu to enable her to seek proper medical attention.
A director in the Idera De Movement, Mr. Funsho Babarinde, who presented the money to Akanmu on behalf of Dr. Akin Ogunbiyi, the foundation’s CEO, said the septuagenarian displayed uncommon courage by her action on the day of the protest.
Babarinde said, “When we first read the report on Tuesday in The PUNCH, many of us did not truly appreciate the heroism displayed by this woman.
“But Saturday PUNCH followed up the story with another interview with the woman.
“The truth is, many Nigerians don’t have her courage. As a foundation, the least we could do was to appreciate her.

“Our principal, Dr. Akin Ogunbiyi, could have personally presented this, but because he was not around, he directed us to give her a sum of N50,000.
“We are giving the money to her to enable her to seek proper medical care.”
Responding, Mrs. Akanmu, who spoke in Yoruba, expressed appreciation to Idera De Foundation and The PUNCH for the financial support.
“Your business outfit will not catch fire.
“Almighty God will not forget you and your families.
“As you have showed kindness to me, God will show kindness to you all.
“I am deeply grateful,” the aged woman prayed for her benefactors.
Source: ThePunch
Top Stories