The alleged s*x incident involving BBNaija contestant Khafi and another housemate, Gedoni has become a serious topic in the UK. 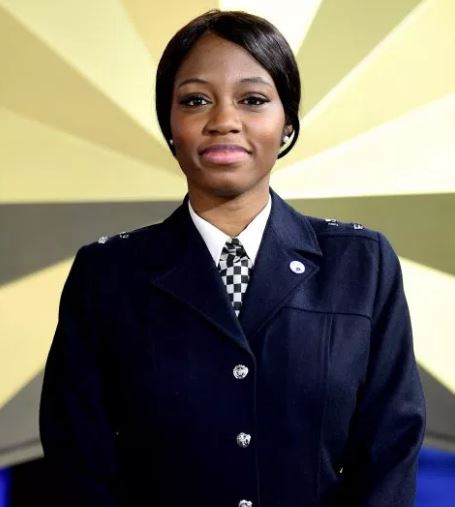 Khafi Kareem
Big Brother Naija housemate, Khafi Kareem has become a major topic of discussion in the UK following her participation in the reality show.
The 29-year-old Met Police officer who earns about £30,000 a year became a trending issue in the UK, after the authorities announced they were investigating her for having s*x on the show despite alleged warning from her bosses not to take part.
The issue made it to Sky News as presenters discussed it live on television. In the show, the presenter said having s*x is not an issue but leaving without permission and probably becoming pregnant from s*x on the show might be the bigger challenge for her.
BBC London also did an entire segment about Khafi and her participation in the reality show.
Watch video below:

I can’t believe that I just watched news about Khafi on BBC London! #BBNaija is worldwide ðŸ˜© pic.twitter.com/uG7GNvRTB8