President Muhammadu Buhari has rendered judgment on those killing in the name of religion, calling them fake. 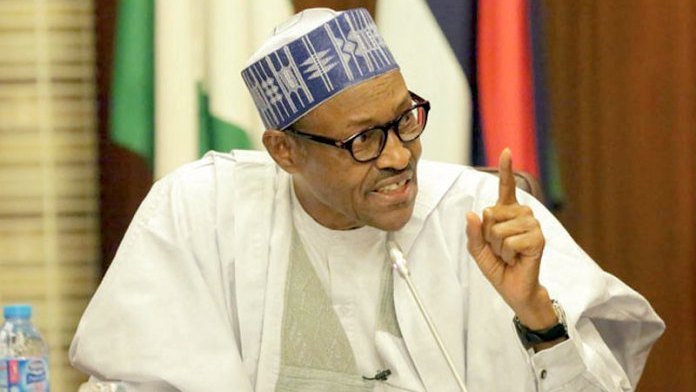 President Muhammadu Buhari
Nigeria’s President, Muhammadu Buhari on Wednesday said people killing others while shouting “Allahu Akbar” are wicked and are not Muslims.
Buhari, who spoke when he visited Internally Displaced Persons (IDP’s) in eight local governments of Katsina State who were displaced by armed banditry, commiserated with the victims.
Buhari was at the camp to sympathise with the victims from Batsari, Safana, Danmusa, Kankara, Jibiya, Sabuwa, Faskari and Dandume local government areas.
According to him, ‘’All those whose activities is to kill people and saying “Allahu Akbar” are lying because God is not wicked. You can’t carry bomb or gun, sword or knife to go and kill innocent somebody and say “Allahu Akbar”. This implies that you either don’t believe in God or you don’t know what you are saying.
“There is a popular Hausa adage which says it’s the rat in the house that tells the rat outside that there is fish in the house, so within yourselves, your neighbours and even your relatives there are informants.”
“I am here to sympathize with the entire people of the state over the unfortunate incidents that have been claiming lives of innocent people,” he said.
The president said that the bandits that have been killing people should not claim to be true Muslims.
“Islam did not give individuals the right to kill others without following due process in the court of law.
“The Federal and states government will do everything possible to eradicate all forms of insecurity in the nation as soldiers and police have been given all the necessary support by the government.
“We are doing our best to checkmate the activities of armed bandits and insurgents in the country.”
Earlier, Gov. Aminu Masari of Katsina said: “We have assembled some of the victims, and their representative comprising their traditional, religious and community leader before the president.
“The communities living along the fringes of Rugu Forest across these eight LGA’s had to contend with series of recurring incidents of armed bandits,” he said.
In his remarks, the Emir of Katsina, Alhaji Abdulmumini Kabir, called on the rural people not to hoard information’s about the bandits.
Kabir advised the rural people to always pass information about the armed bandits to their traditional rulers or the security agencies for action.
Eight local government areas of the state had been experiencing the activities of armed bandits and cattle rustlers for the past two years.
Top Stories