A fire outbreak has been recorded at the Katangowa Market in Lagos, causing serious commotion in the area. 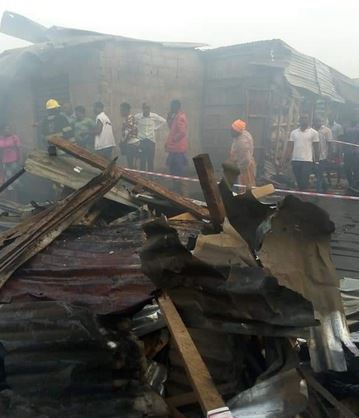 The scene of the incident
According to a report by Punch Metro, an early morning fire has engulfed Katangowa Market in Agbado/Okeodo Local Council Development Area, along the Lagos-Abeokuta Expressway on Monday.

The fire outbreak which started around 3.15am destroyed the entire stretch of fairly used clothes’ shops opposite the Central Mosque in the market.

As of the time of filing this report, men of the state fire service and officials of the Lagos State Emergency Management Agency were on the ground to put off the fire.

Also on the ground are policemen from the Okeodo Divisional Headquarters to prevent the looting of unaffected shops. 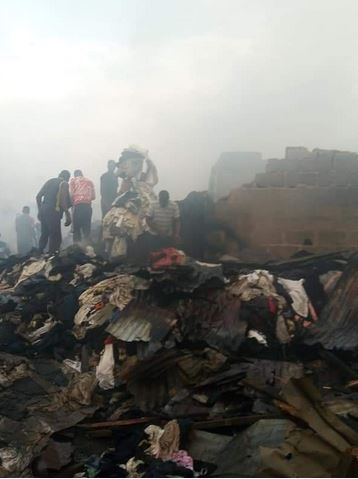 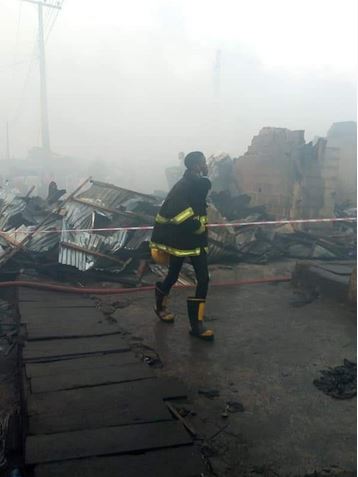 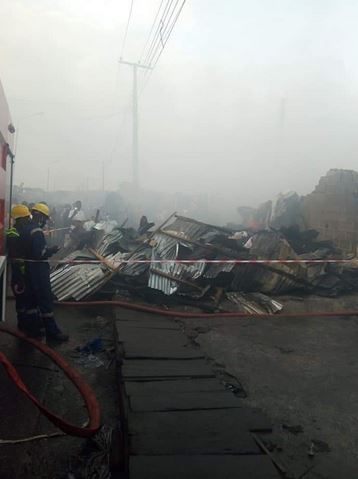 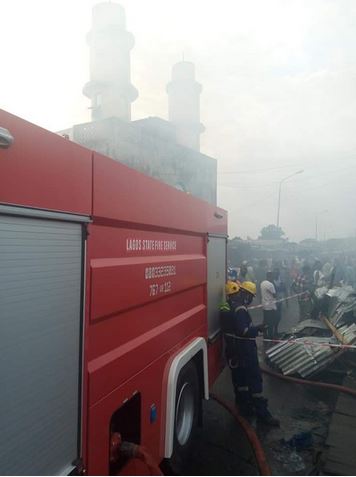 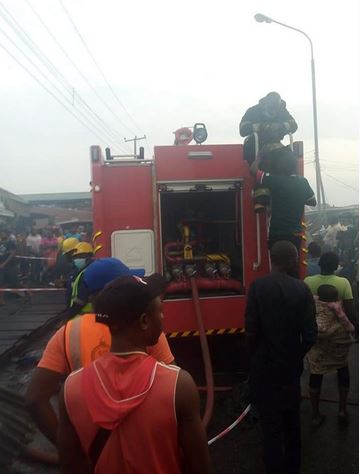