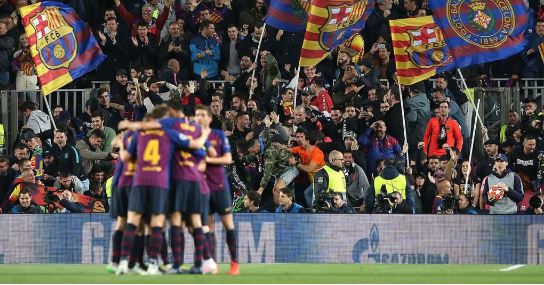 Barcelona forward, Ousmane Dembele, is set to miss “approximately five weeks” with a hamstring strain, the club confirmed on Monday.
The France international played the full 90 minutes in Barca’s LaLiga opener against Athletic Club.
Dembele has now picked up a strain in his left hamstring and will be out of action for over a month.
He has enjoyed productive spells with the Spanish champions since his move from Borussia Dortmund in the summer of 2017, but has often been limited by injuries.
A severe hamstring injury at the start of his time at Barca saw him miss over three months and he was sidelined for around another month with different muscle problem not long after his return.
His latest injury concern comes at a time when most of the attackers are suffering fitness issues at the Camp Nou.
Lionel Messi was not risked against Athletic as he recovers from a calf injury, while Luis Suarez went down with injury during the game.
Barca have also lost Coutinho and Malcom this window.
Top Stories