BBNaija: 'Frodd Is Woman Wrapper, He Irritates Me' - Mercy


Big Brother had also warned Frodd for attempting to touch Esther against her will on Saturday night. 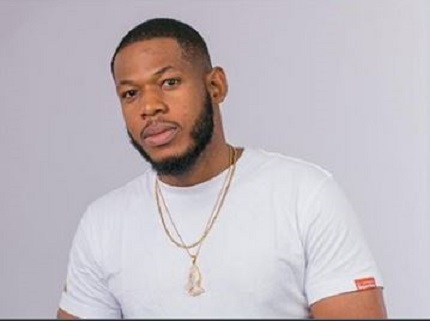 Frodd
Big Brother Naija housemate, Mercy, on Monday said Frodd is a ‘woman wrapper and he irritates her.

Mercy while lamenting about Frodd’s attitude in the house noted that Frodd takes anything about Esther tooo personal.

According to her if Esther had not chosen him to share her benefits of the Head of House this week, he would have cried out like a baby.

Speaking to Ike she said, “Frodd is a woman wrapper, he irritates me so much.

“He takes everything about Esther too seriously.”

DAILY POST recalls that Esther had earlier turned down Frodd’s proposal which pushed him to tears.

Big Brother had also warned Frodd for attempting to touch Esther against her will on Saturday night.

Frodd after the Saturday night party was seen on Esther’s bed without underwear, while trying to touch and caress Esther’s body.
Top Stories