Former President Olusegun Obasanjo has been spotted prostrating on the floor before a 59-year-old monarch. 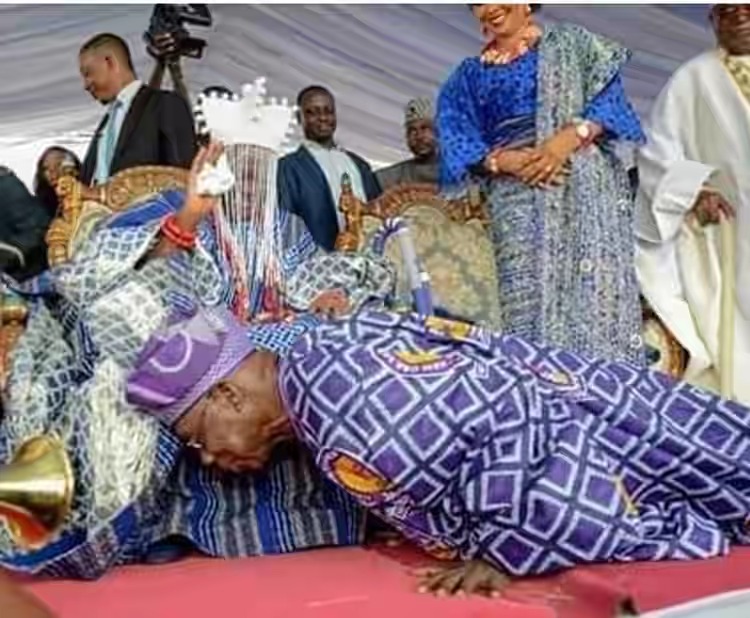 Olusegun Obasanjo prostrating before the Agura of Gbagura
82-year-old former President, Olusegun Obasanjo has caused a stir after he prostrated before 59 year-old new Agura of Gbágùrá, Abeokuta, Oba Saburee Babajide Bakre to pay obeisance.
The incident happened in Abeokuta and has left many tongues wagging with some applauding while others criticized him.
His followers hailed him as a man of culture.
Top Stories