So far, 11 own goals have been scored in the 2018 World Cup taking place in Russia. Here's a look at a player who was murdered as a result of his own goal which led to Colombia's exit from USA 94. 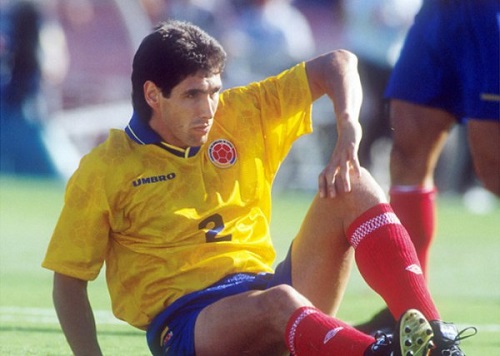 Andres Escobar
The remaining eight teams at Russia 2018 are taking a break today as they prepare for the quarterfinals; so let’s take a look at a footballer who gave his country everything and paid with it with his life.

Medellin, Colombia in the 1990s was a dangerous place. The Netflix series Narcos dramatizes the reign of drug lord Pablo Escobar, the most (in)famous native of that town. For years, he proved to be stronger than the Colombian government, shipping 80 tons- three container loads- of cocaine every month. At his death, Pablo Escobar was worth an estimated $56 billion. The scene in Narcos where he burnt money to keep his daughter warm was not fiction; he actually burnt two million dollars cash in a fire when his daughter caught ago during their escape from his Hacienda Nápoles ranch. 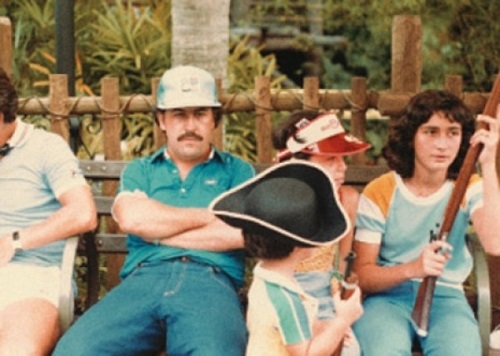 Pablo Escobar
He was eventually killed in a 1993 raid by Colombia forces and United States DEA Agents. Citizens openly celebrated his death. While he was a philanthropist of sorts- he built schools, churches, parks and owned a local football team- Pablo Escobar was a ruthless killer who was determined to distribute his cocaine anyhow he chose and declared civil war on his country when authorities attempted to stop him.

In the same town, there was another Escobar- this one Andres,  twenty years younger than Pablo. Both men were not related, only shared the same name. Andres’ only escape from the drug infested area he was from was football. He took it seriously and became one of the country’s best-known players. 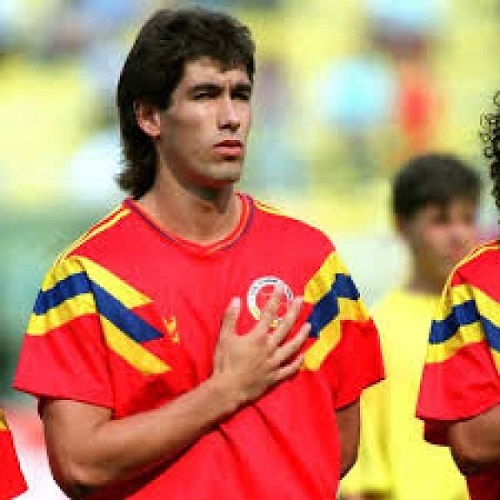 Footballer, Andres Escobar
He knew Pablo (who didn’t?) and tried his best to stay far away from him. But he couldn’t totally avoid- the only football club that was well funded and did well was Atletico Nacional, the club owned by Pablo. Still, he was reported to have spoken privately to family members of his loathing of the man. He must have been one of the people that rejoiced after Pablo was killed. 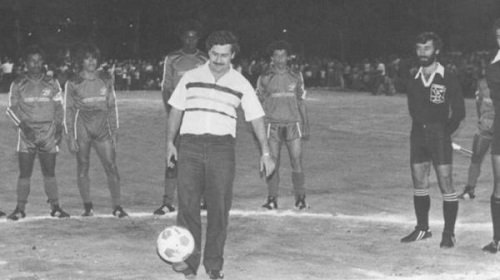 Six months later, Andres was part of the highly rated Colombian team that was bound for the 1994 world cup in America. The team lost their first game 3-1 against Romania but had the opportunity to make things right in their subsequent encounter with the hosts the USA.  They were clear favourites in that game but as any football fan should know, sometimes football is not an exact science. 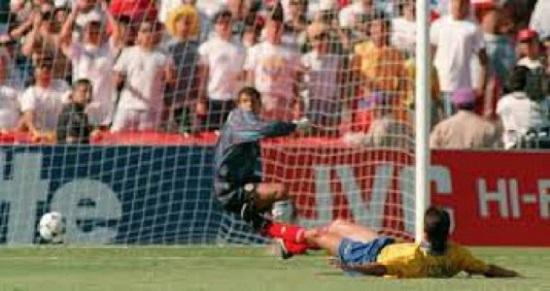 Colombia got eleiminated after Andres Escobar's own goal at the World Cup
On the stroke of 35 minutes, US midfielder John Harkes launched a cross from the right-hand side of the pitch into Colombia’s 18-yard box. Andres Escobar made a run back, sliding on the ground to clear the ball from reaching the waiting striker. Unfortunately, his interception only diverted the ball into his own net. Colombia were down 1-0. His teammates rallied around him but it didn’t happen; they soon conceded another goal. They managed to score one in the 90th minute but their world cup was over. Colombia got eliminated in the group stage.

After the tournament, many of his teammates announced their retirement. Andres headed home. Although Pablo Escobar was dead at this time, his death led to a proliferation of drug cartels all over the country. Cocaine organizations that were subservient to him during his life now openly controlled many areas of Medellin. 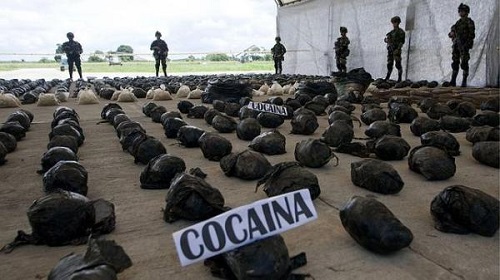 On his return, Andres apologized to his country, even taking out a column in the newspapers to offer his apologies. “Life doesn’t end here. We have to go on. Life cannot end here. No matter how difficult, we must stand back up. We only have two options: either allow anger to paralyse us and the violence continues, or we overcome and try our best to help others. It’s our choice. Let us please maintain respect. My warmest regards to everyone. It’s been a most amazing and rare experience. We’ll see each other again soon because life does not end here”, he wrote in El Tiempe. Little did he know his own life would end there.

In the early hours of July 2 1994, Andres Escobar was sitting in his car in the parking lot of a nightclub. Three men were said to have walked up to him and started an argument. Before he knew it, one of them had opened fire. The killer shot him three times, reportedly shouting ‘Goal’ each time he fired before driving off. Bystanders rushed the 27-year-old footballer to the hospital where he died within the hour. 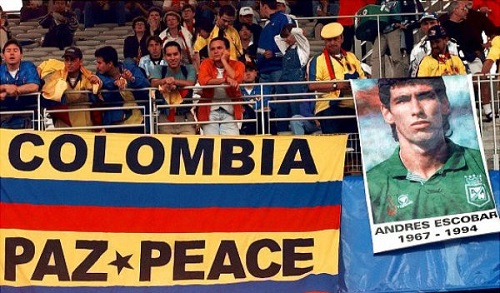 His death shook the country to its core. Here was another Escobar who unlike his namesake, was actually trying to bring the country together with his athletic gift. He had paid the price for an error in his duty with his life. More than 120,000 people showed up at his funeral. Till today, he’s still regarded as a hero in that country and a statue was erected in his honour in 2012.

His killer was arrested soon after. Humberto Muñoz Castro was found guilty of murdering Andres Escobar at the behest of his boss,  Santiago Gallon Henao who they claimed lost millions of dollars in a bet following Escobar’s own goal. Henao was released after investigations while Castro was found guilty of the murder. He was sentenced to 43 years in prison but only served 11 years.

It is commonly said that football should not be a matter of life and death. For Andres Escobar, it turned out to be exactly that- his own death.
-NET
Top Stories