A brave woman has been reported to have wrestled with an armed robber who tried to rob her in Delta state. 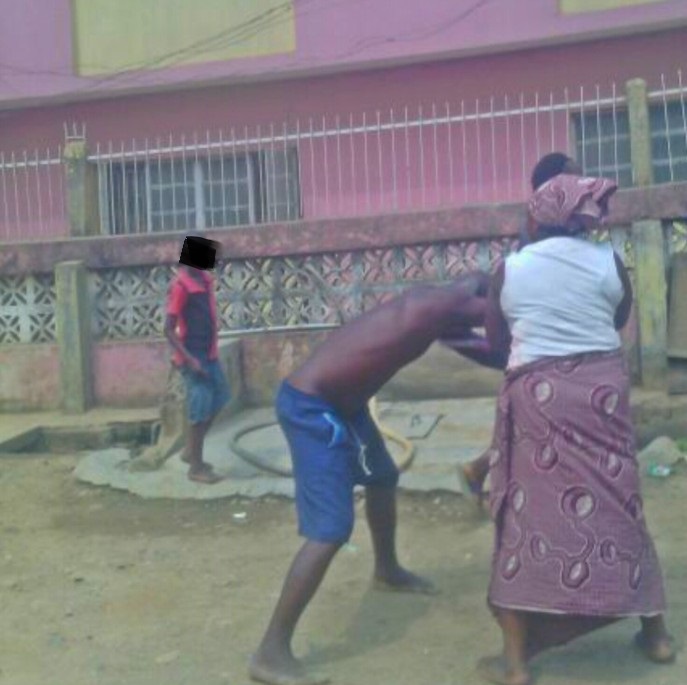 File photo used only for illustrative purpose
According to Vanguard, the Delta State Police Command have arrested a member of an armed robbery gang at new Eku Road, Amukpe, Sapele Local Government Area, after he was wrestled by a female victim.
Sources said luck ran out of the armed robbery gang who have been terrorizing the area when it trailed the victim, a trader who had closed for the day and was on her way to her house.

“Two members of the gang stationed themselves outside the house while three others took positions in the compound”, a source who sought anonymity said.

The source added: “The robbers swooped on the trader who was in company of her husband and children, snatching from her two bags containing large quantities of mobile phones recharge cards and more than N1.8 million.

“The trader summoned courage and grabbed one of the robbers with his gun after she had received several head butts and blows from him. The other members of the gang took to their heels as other family members attempted to grab them.

“Neighbours who were attracted by the distress shouts of the victims soon gathered to ensure that the robbery suspect did not escape.

“A team of Policemen in a Dragon Police Patron van stationed at the Amukpe junction was quickly alerted and whisked the suspect to the Sapele Police Division, who in turn transferred him to Command Headquarters, Asaba for further interrogation.