A Nigerian man has found himself in serious trouble after paying a Kenyan man money to traffic 1.2kg of cocaine. 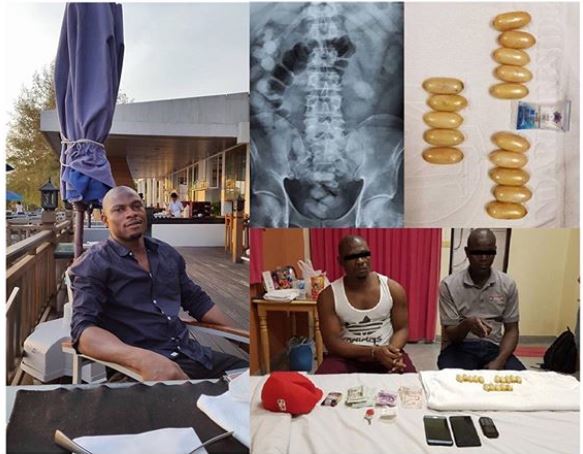 The UNN graduate arrested after paying man to traffick cocaine
A graduate of the University of Nigeria, Nsukka, has been arrested in Thailand for paying a Kenyan man to help him traffick 1,2kg of cocaine into the country.
Trouble started for Osita Joseph Ukpa after Glenn Chibasellow Ooko was stopped at Bangkok's airport and 68 packets of cocaine were found in his stomach.
Authorities said Ooko, 43, had flown on Monday from Ethiopia to the Thai capital's Suvarnabhumi airport, where he was detained.
An x-ray showed dozens of oblong items in his stomach, which were filled with cocaine.
"He swallowed cocaine weighing 1.2 kilograms, which were in 68 packets," the Office of the Narcotics Control Board (ONCB) said in a statement.
Top Stories