A Nigerian comedian has revealed that he has had to intervene in two suicide attempts recently. 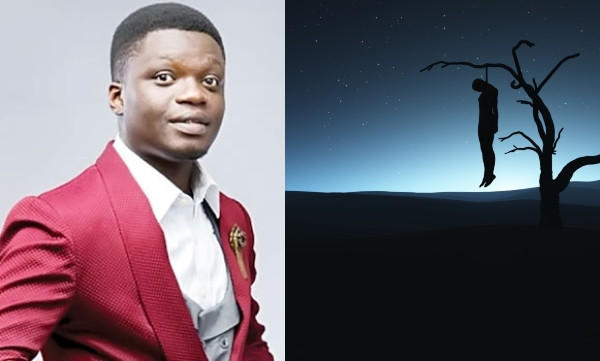 Asiri comedy
Asiri Comedy, the Nigerian comedian known for playing comic roles with Wole Arole, has revealed that he has intervened in two suicide attempts in the last two weeks.

Noting that there is an unhealthy trend plaguing this generation, the comedian disclosed that two friends were on the brink of suicide.
Maintaining that this generation is stylishly tensioning itself, Asiri Comedy quizzed if age is really a factor in achievement.

Below are what he tweeted: 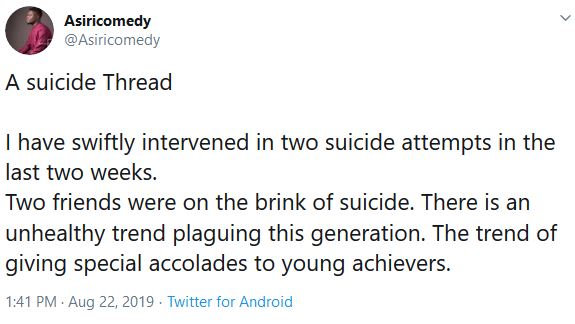 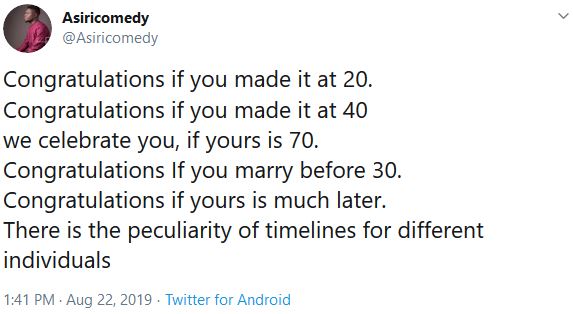