Oyo-Ita Returns To Work After Rejection Of Retirement


Oyo-Ita returned to her desk on Thursday after participating in the swearing-in ceremony of ministers on Wednesday. 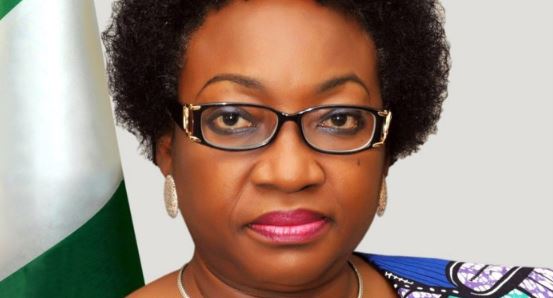 Winifred Oyo-Ita
Head of the Civil Service of the Federation, Winifred Oyo-Ita, has returned to work after President Muhammadu Buhari rejected her request for early retirement.
Oyo-Ita returned to her desk on Thursday after participating in the swearing-in ceremony of ministers on Wednesday.
The HoS had sent in her letter on Sunday following pressure from her family.
The Economic and Financial Crimes Commission (EFCC) is investigating her for alleged involvement in a N3 billion contract scam.
Oyo-Ita was quizzed for four days beginning from August 8 and kept in EFCC custody.
She was interrogated over abuse of duty tour allowance, money laundering and stealing of government funds, Igbere TV reports.
EFCC said the N3 billion linked personally to Oyo-Ita allegedly came in through proxy companies.
The money was discovered during a probe of a former minister under who she served as permanent secretary.
Oyo-Ita has denied culpability in the alleged scam.
The embattled Oyo-Ita was absent on Monday and Tuesday at the presidential retreat for ministers-designate, federal permanent secretaries and top government functionaries held at the state house conference centre in Abuja.
Top Stories