Three Children Swept Away By Flood During Downpour In Kano


In a tragic development, three little kids were swept away by flood during a heavy downpour in Kano. 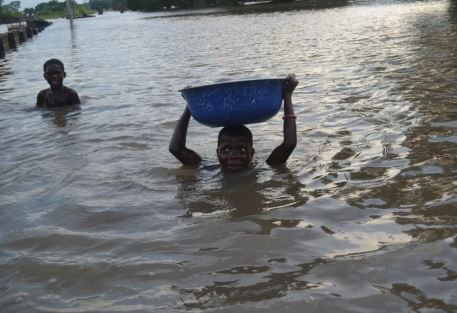 Three children were swept away by flood in the Saidawa area of the Danbatta Local Government Area of Kano State during Wednesday’s downpour.

The Information Officer of Danbatta LGA, Nura Umar, who confirmed the incident, said two girls and a boy drowned as a result of the flood that accompanied the heavy rain.

The acting Chairman of Danbatta LG, Musa Danbatta, while donating some relief materials during a visit to the affected areas, sympathised with the families, friends and relatives of the deceased, praying that Allah would grant them the fortitude to bear the loss.

Also, in another tragic incident, the Kano State Fire Service confirmed the death of a 12-year-old boy, Ismaila Safiyanu, who drowned, while bathing in a pond in Sharada Kwanar Maijego in Kano State.

The spokesperson for the fire service in the state, Alhaji Saidu Mohammed, who confirmed the incident, said it occurred when the deceased went to take his bath on Thursday.

He said the service received a distress call from one Mallam Jamilu Yahaya that Safiyanu’s body was found floating in the pond.

Mohammed said, “When the unit’s rescue team arrived at the scene, Safiyanu was found dead. The body of the deceased has since been handed over to the police.”
Top Stories