Competition for places in midfield for Elneny is even fiercer, especially following the summer arrival of Dani Ceballos and the first team promotion of Joe Willock. 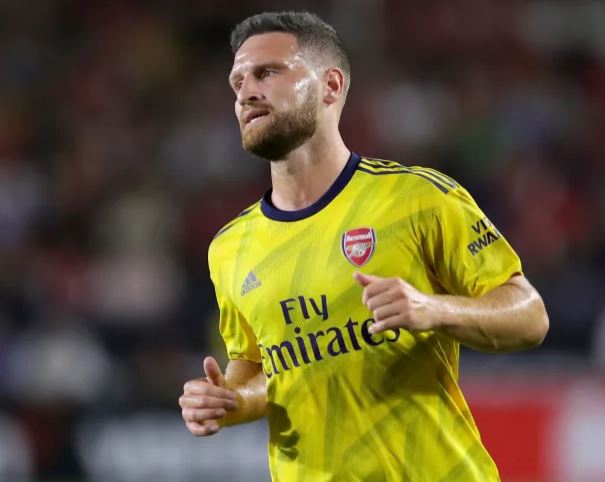 Shkodran Mustafi
Arsenal manager has publicly urged fringe players Shkodran Mustafi and Mohamed Elneny to leave the club before the European transfer windows close at the start of September, with neither part of the Spaniard’s plans at the Emirates Stadium this season.
Both players have failed to even make the bench for either of Arsenal’s opening two Premier League games of the season. Mustafi had been a regular starter in 2018/19 but is now seen as surplus to requirements, while Elneny was already marginalised.
“We have some players and they know their situation. For example, Elneny and Mustafi, they know their situation in the squad,” Emery is quoted as saying by Sky Sports.
“I want the players to be happy here, I want the players to be protagonists here, and last year, for example, with Mustafi and Mo, when they didn’t play, they weren't happy,” he added.
“I spoke with them a lot of times last year in this position and I think it is positive for them to leave and to sign for another team where they can be protagonists, they can be happy and can continue their careers as players.”
Arsenal lost Laurent Koscielny from the centre of defence over the summer, while David Luiz arrived. Calum Chambers also returned to the club from a loan spell, and Rob Holding is nearing his return from a knee injury and has played at Premier League 2 level this month.
Competition for places in midfield for Elneny is even fiercer, especially following the summer arrival of Dani Ceballos and the first team promotion of Joe Willock.
Neither Mustafi nor Elneny can expect to play much this season and that is why Emery wants the pair gone when the opportunity to move them on is still here.
“They are very big players but here for one circumstance or another circumstance they are going to have less chances to show their capacity or to be happy with us taking minutes of playing matches,” the Gunners boss explained.
“They know the situation, I am wishing the best for them and I think now the best for them is to be protagonists in another team, to sign and to get another challenge for them and continue with another team.”
Summer transfer windows across many of Europe's leagues remain open until 2 September.
Top Stories