Fans went on to give their opinions on what the new album should be named, often debating among themselves. 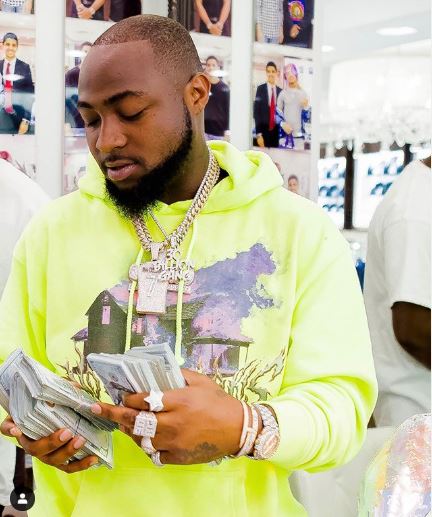 News Agency of Nigeria (NAN) reports that the ‘Fia’ singer posed the challenge to his fans through his Twitter account @iam_davido on Thursday.

He tweeted, “Gimme a name for my Album. Three songs left to record !! I want a fan to name my Album.”

Fans went on to give their opinions on what the new album should be named, often debating among themselves.

Most of them, however, asked that the album be named Psalms after that bible book written by his namesake, King David.

@Jaymiller1 said, “You can also use ‘psalms’ cause guess who wrote it? King David.”

@Badass_Nigerian wrote, “Psalm. Psalm was written by king David. This would be an album mad by a king named Davido.”

@Bawaolayinka tweeted, “Imade would actually make sense. I am not your fan tho just saying.”

@ItsOladeni said, “”Billboard We Coming” will be a good name. It’ll attract billboard and you’ll appear on their hot 200.”

NAN reports that fans had repeatedly asked the singer to release a new album following the success of his singles.
Top Stories

Rapper, Offset Gifts His And Cardi B's Daughter, Kulture A Birkin Bag For Her 2nd Birthday

“I Can Never Get married Again, I Only Hit And Run” – Ghanaian Socialite, Afia Schwarzenegger
Recent Stories