Xhaka missed the 2-1 win over Burnley with a back problem, while Ozil was ill but is back in the squad. 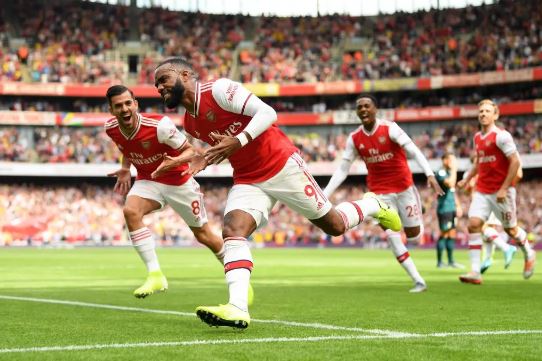 Arsenal have released their squad that will play Liverpool in today’s Premier League fixture at Anfield.
Granit Xhaka and Mesut Ozil are back in contention for the top-of-the-table clash.
Xhaka missed the 2-1 win over Burnley with a back problem, while Ozil was ill.
It remains to be seen if either will start against the Reds.
Emery has already hinted that record signing Nicolas Pepe, would play a prominent role in the game
Arsenal’s provisional squad: Leno, Martinez, Maitland-Niles, Mustafi, Luiz, Sokratis, Chambers, Monreal, Kolasinac, Xhaka, Guendouzi, Torreira, Elneny, Willock, Ceballos, Mkhitaryan, Pepe, Ozil, Aubameyang, Lacazette, Martinelli.
The kick-off time for the match is 5:30pm.
Top Stories