If you are a parent and you won't allow your children do sports, you are still living in the past, says Sound Sultan. 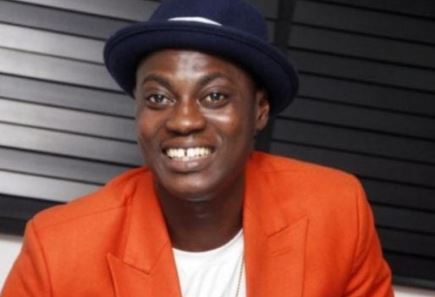 Sound Sultan
Popular Nigerian musician, Olanrewaju Fasasi, popularly known as Sound Sultan reveals to Kelvin Ekerete why he picked music as a career ahead of basketball and his love for Hakeem Olajuwon
What was the origin of your love for sports?
My love for sports (basketball) dated back to when I was in primary school, there was a facility called the First Bank sporting complex, the complex happened to be the home ground for the First bank female teams. We played with them every morning and evening. Before getting into secondary school, I already had the knowledge of basketball. So, when I got into secondary school, I joined the basketball team and I was the captain of the team, and even when I gained admission into university, I was still the captain of the basketball team. When I finished university, I joined Dodan Warriors and started playing basketball with them before music. Sports found me early in my life and that’s why I still have love for the game and I show up everywhere to represent.
Why go for music when sports found you so early?
You know how it is in Nigeria, I had to pick between the microphone and the ball. When I looked at it, there were lots of demands that came with playing basketball, it is physically demanding, it wasn’t lucrative because I wasn’t making enough money from it. My passion for it is unquestionable. For entertainment, I was just getting started and at that point I just said let me pick the microphone first and get involved in the ball later. This of course led me to investing in basketball teams just to make sure that I am still involved in the sport.
Why did you go for basketball instead of football?
I followed the NBA early in my life, I saw people playing “mocking post” and five aside basketball so, it was up to you as a kid to pick which one, but I had already created a board and a rim which I used to practice and my mum allowed me to just stick it somewhere on the roof to play basketball at home. It was a matter of choice because I can play football as well. Every kid plays football at one point in their life but for basketball, there is a special love for it and when you find that love, you can never stop loving the game.
Any issue with parents playing basketball?
I had the world’s most supportive parents but I still found a way to get in trouble because we would play basketball in the morning and evening and there was no way you were not going to get into trouble. We had to do our chores before going to play basketball and when we were being sent on any errand when it was almost 4:30pm, we’ll start getting edgy and angry. I remember when my mum sent me to the market I picked up my bag and ran to the market and when I came back I forgot some stuffs and she looked at me and said, “You want to go and play basketball right?” You don’t send me on errand when it’s almost time for basketball because I will not answer you or do it properly.
Which is your favourite NBA team?
Right now it is the Los Angeles Lakers.
What can you say about Giannis Antetokoumpo?
He is a great athlete and he is quite young. To be an NBA MVP at his age is a big deal because what that means is that he is the best player in the whole world for that year. It only saddens me that he had to do it without wearing the Nigeria colour. We don’t seem to appreciate our own in this country, the same happened with Anthony Joshua who is representing another country. We have good athletes in this country but we allow them waste away because nobody is supporting them. The system is not really encouraging.
What do you think should be done to make things different?
First, it is about the setup, most times we say it is the government. Anybody that is employed by the government represents the government. When we say government, I don’t like seeing it as the legislative or the federal, whoever is in the position to make basketball a show business should know how to promote it and make more money.
Our games are always empty and they don’t collect money at the gate.  We need to celebrate the players and bring in well-known faces to help promote the leagues, whether it is football or basketball, such faces will sell jerseys. When you do things like that the game will become popular.
Who is your favourite Nigerian basketball player of all time?
Of course it is the great Hakeem Olajuwon. Till today he is still teaching the best of the best, what more can I say about that?
Who is your greatest Nigerian footballer player of all time?
I can’t pick one but it is between Jay Jay Okocha and Kanu Nwankwo.
How about the recent Super Eagles players?
I like Mikel Obi, Obafemi Martins, Osaze Odewingie. I appreciate every player that have done exceptionally well for Nigeria. I can’t mention everybody’s name. I appreciate people that represent the country because that’s who I am.
Any advice to Nigerian parents on their kids playing sports?
If you are a parent and you won’t allow your children do sports, you are still living in the past.
Top Stories