Operatives of NAPTIP announced that it arrested the three Nigerians, Chika Nnodim, Samuel Udoetuk and John Oji, in connection with the case. 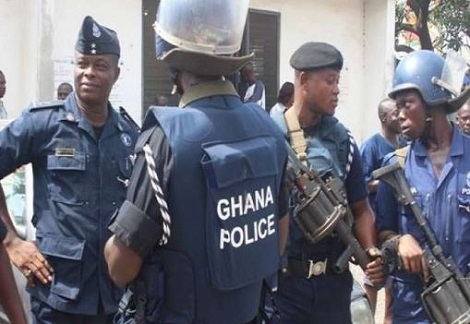 The Ghanaian police have reportedly asked for the extradition of a Nigerian, Chika Nnodim, who was mentioned in the alleged kidnapping of four Ghanaian girls.

The move is in collaboration with the Ghanian Criminal Investigation Division (CID) and the Nigerian arm of Interpol, a Ghanian newspaper, Graphics Online, reported on Monday.

The report said the Ghanaian High Commission in Abuja, through the CID, the Attorney-General’s office, the Ministry of Foreign Affairs and Regional Integration, had written the Nigerian government requesting the arrest and extradition of the suspects who had allegedly trafficked three of the kidnapped minors to Nigeria.

According to the report, four girls were said to be kidnapped by the suspects. But in a statement, the National Agency for the Prohibition in Trafficking in Persons (NAPTIP) on Saturday said three girls were kidnapped.

The girls are Priscilla Blessing Bentum, 21, Ruth Love Quayson, 18, and Mantebea Koranchie,18. They were reported missing in Takoradi, a metropolitan district and capital city of Sekondi – in Ghana, between August and December 2018. The fourth girl, Ruth Abakah, 19, was reported missing since July 2018.

However, operatives of NAPTIP announced that it arrested the three Nigerians, Chika Nnodim, Samuel Udoetuk and John Oji, in connection with the case.

According to the agency, the suspects were arrested and handed over to the office of the Inspector-General of Police for further investigation, following a thorough investigation carried out at various locations in Nigeria and Ghana.

“The suspect, who is believed to be part of a cross-border criminal gang and have been under security watchlist of the government of Nigeria and Ghana, was nabbed by NAPTIP officials after a very painstaking investigation at various locations within Nigeria and Ghana.

“He and two other Nigerians, Udoetuk-Willis and Oji, were alleged to have been involved in the kidnapping of three Ghanaian girls aged between 15 and 21 years.

“The case was reported to the Agency by the Ghana High Commission in Abuja on April 2019 alleging the kidnap of their citizens from Ghana to Nigeria.”
Top Stories