Unai Emery Told He Is Not The Right Manager For Arsenal


Emery made six signings this summer, smashing the club record with the acquisition of 72million pounds Nicolas Pepe. 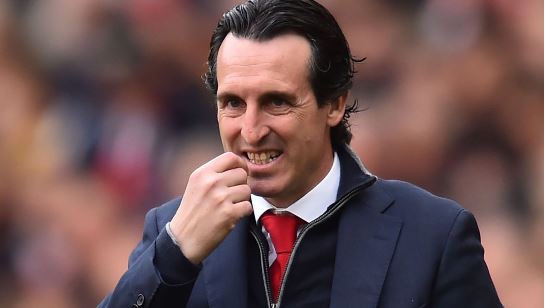 Unai Emery
Former Crystal Palace chairman, Simon Jordan, has claimed that Unai Emery is not the right man to lead Arsenal back to the top.
Jordan highlighted the David Luiz transfer, as proof that Emery “doesn’t have much about him”.
Emery made six signings this summer, smashing the club record with the acquisition of £72million Nicolas Pepe.
The Gunners started the season positively, winning their opening two fixtures, before losing 3-1 to Liverpool last weekend.
Luiz was at fault for at least two goals and Jordan believes Emery’s decision to sign the Brazilian says a lot about him.
“I’ve got this image in my mind of Unai Emery, thinking that there is something about him. But maybe there just isn’t?
“Because I have got Sevilla in my mind and the Europa League and what he has done there, but maybe there just isn’t.
“I think there’s a plan, but when I see transactions like Luiz I think ‘no, there is not a plan’,” Jordan told Press Box.
Top Stories