The London-born 20-year-old has a British passport but he is not provisionally cap-tied to England. 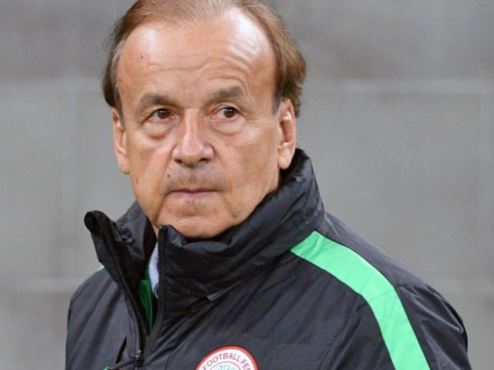 Gernot Rohr
Coach of the Super Eagles, Gernot Rohr, has revealed that Bordeaux striker, Josh Maja might be handed a late call-up to the Super Eagles squad ahead of their upcoming friendly against Ukraine.
The London-born 20-year-old has a British passport but he is not provisionally cap-tied to England, meaning he is free to make his international debut for Nigeria without submitting a request to FIFA to change his association.
Rohr told Le Point Gold, ”I ate with Samuel Kalu and Josh Maja, since we have a second Nigerian in Bordeaux, he is eligible for Nigeria.
”I already started talking with him about the selection, absolutely.
”We talked together, he’s pretty positive because he has not played for U20s with England. He can play the friendly matches, but he can do it only because he did not play for England U20s, which is the case for many others that we have on our radar.
”For Maja, it would be easier to have him, I have a lot of attackers but it’s not impossible that I select him.
”We are going to play a game in Ukraine and I was told it was too late to get a visa for players who do not have a European passport, but he has because he is also English, so he could eventually join us.
”It is possible that I select him to go to Ukraine, it is possible.”
Top Stories