A native doctor popular in Ghana has opened up on the secret to why he looks younger than his age. 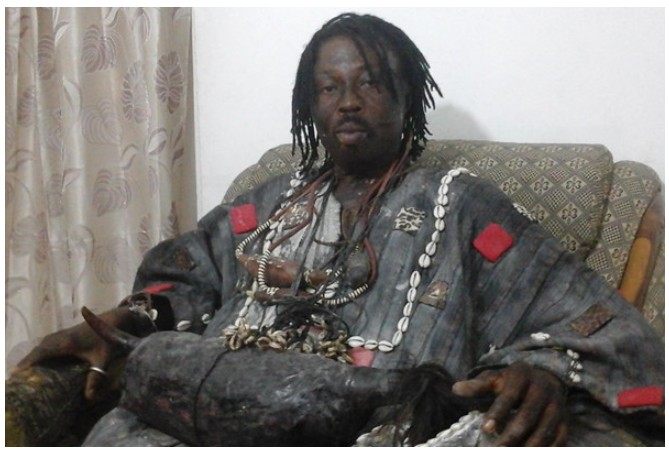 Popular Ghanaian native doctor Nana Kwaku Bonsam
Popular Ghanaian native doctor Nana Kwaku Bonsam has shared the secret behind his young look.
According to him, his young look is attributed to his sleeping with 'young girls'.
Bonsam revealed that he has never been to the hospital because his immune system has been rejuvenated by the young girls he sleeps with.
The native doctor who admitted that dating young women takes a lot of money off him, however added that he is ready to "waste his money" because they make him happy.
“I love dating and sleeping around with young girls because it makes me happy and stronger.
I am always young as compared to my age group and my secret is dating young girls. I’m not shy to tell Ghanaians that I go out with young girls.
I don’t go to the hospital because I am strong and my immune system is strong to fight some diseases. Dating young girls has helped me a lot. Though dating young girls help a lot but, it wastes money.
If you are a young man and you need a good future then stay away from those young girls. Young girls are there for those who have enough money like me. They demand a lot and I am ready to pay to get my energy”, Kwaku Bonsam told.
The Ghanaian native doctor made headlines months ago after he stormed a church in the country to retrieve his charm from a Pastor. He was also at war with Prophet T.B Joshua in 2014, and also vowed to chase him out of Ghana.
Top Stories