Abbo said that the case had been one of the major things distracting him and that he would now have time to work for his people. 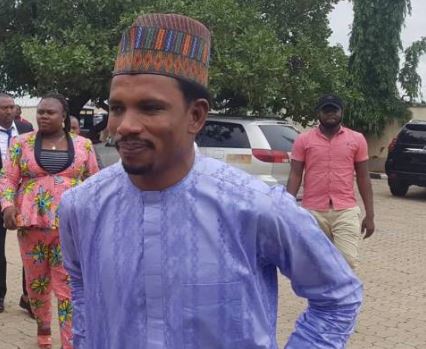 The suit was filed by Sen. Binta Masi of All Progressives Congress (APC) who lost the seat to Abbo during the general election.

Delivering judgment, the Chairman of the Tribunal, Justice Sulaiman Akanbi, said that the petitioner could not provide any credible evidence to show that the election of Abbo was marred by over voting and other irregularities as alleged.

“All said and done, the petitioner failed to prove his petition with convincing evidence. We consequently dismissed this petition,’’ the judge ruled.

Reacting, counsel to Massi, Mr Yakubu Bello, said that his client would appeal the judgment.

On his part, Sen. Abbo said that he was excited by the victory and urged Massi to accept the outcome in good faith.

Abbo said that the case had been one of the major things distracting him and that he would now have time to work for his people.

“My people should be expecting wonders. I am not a mistake and I will make them proud,” Abbo said.

The election tribunal had also dismissed the case filed by Sen. Ahmad Mo-Allahyidi of APC challenging the victory of Sen. Binos Yaroe for the seat of Adamawa South Senatorial District.

Similarly, the tribunal dismissed the case filed by Mrs Ovaldi Madayi of APC against the victory of Rep. Laori Kwamoti of PDP for Numan/Demsa/Lamurde Federal Constituency.

Als0 dismissed was that of Malam Mucthar Kabiru of PDP challenging the victory of Rep. Abdulrazak Namdas of APC for Ganye/Toungo/Jada/Mayo-Belwa Federal Constituency.
(NAN)
Top Stories