About 123 men and 48 motorcycles have been intercepted invading Lagos state in a truck. 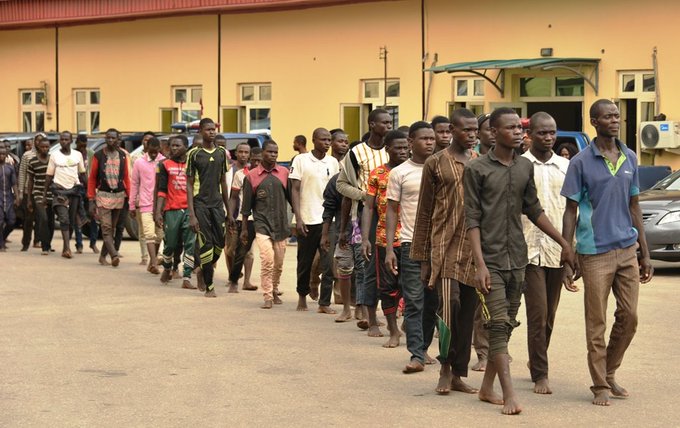 The arrested men
A truck coming from Jigawa State, filled with 123 men and 48 motorcycles has been intercepted by security operatives in Lagos state.
According to the Lagos State Government, the truck was apprehended by the Lagos State Environment Sanitation and Special Offenses Taskforce.
According to the government, the truck was seized following a tip-off by members of the public who raised security concern about the manner with which the occupants of the truck conducted themselves. 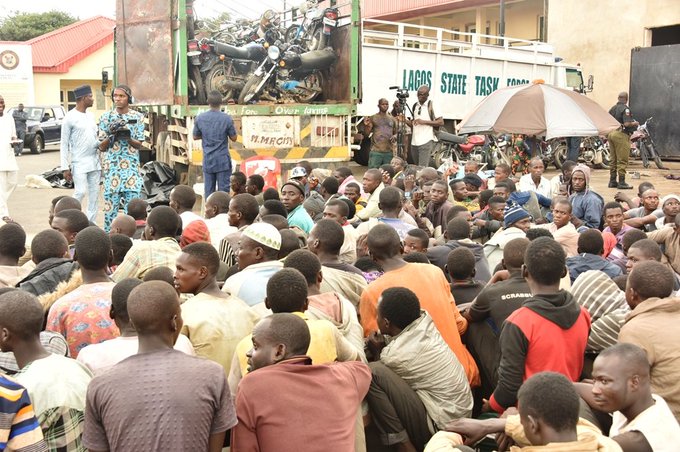 One of the detained occupants, Shuaibu Haruna, said he left Jigawa State to work in Lagos with his motorcycle. He claimed to have a wife and a son but said he needed to double his income to cater for his family. 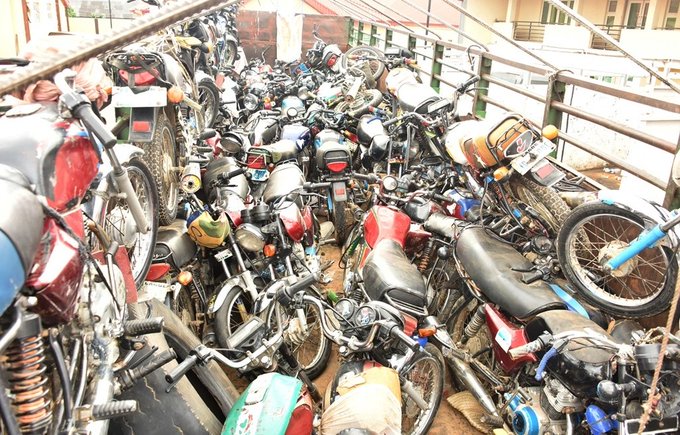 Arrest of illegal mass movement of Okada riders to Lagos from the North jointly coordinated by the State Commissioner for The Environment and Water Resources, Mr Tunji Bello and his Transportation counterpart, Dr. Abimbola Oladehinde. #ForAGreaterLagos @jidesanwoolu #LASG pic.twitter.com/HMzXfuIzCY