These are the profiles of the six governorship aspirants battling for the APC rockets in Bayelsa state. 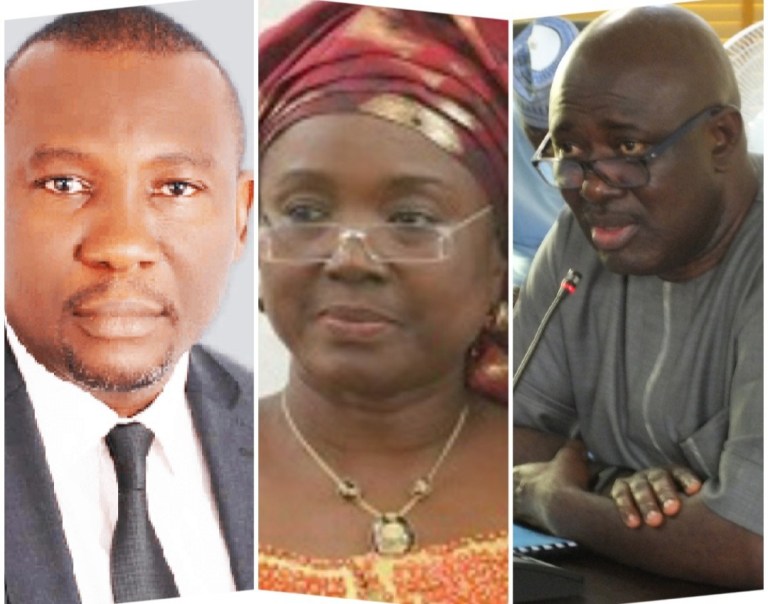 The All Progressive Congress (APC) will this week nominate its candidate for the November 16 Governorship Election in Bayelsa State.

The Ita Song-led screening committee deployed to the state by the party cleared six of the seven aspirants to participate in the primaries rescheduled for September 3 and 4. The party had postponed the exercise from the initial date of August 29.

Briyai Frankland, who resigned as the resident electoral commissioner for Cross River state to run for governor on the APC ticket, was disqualified for not being a “card-carrying member of the party for a period of at least one year.”

Unlike in Kogi, the APC decided to hold direct primaries. A statement signed by its spokesperson, Lanre Issa-Onilu, on Wednesday, said the party decided on “direct mode of primary in line with the written request of the Bayelsa State chapter and a majority of the stakeholders.”

It said the decision was in “compliance with the decision of the APC National Executive Committee (NEC), which grants state chapters and a majority of party leaders in a state the right to decide on the mode of primary they wish to adopt.”

The party had fixed the price of its expression form at N2.5 million and the nomination form at N20 million, bringing the fee an aspirant would pay to participate in the primaries at N22.5 million.

However, Bayelsa State High Court in Yenogoa, on Thursday, granted an interim order restraining the party from conducting its rescheduled primary on August 31.

Here are the profiles of the six aspirants from which the APC will select a candidate to challenge the ruling PDP in the state on November 16:

Heineken Lokpobiri is the immediate past Minister of State for Agriculture and Rural Development. He was a two-term senator for Bayelsa West between 2007 and 2015 under the platform of the Peoples Democratic Party (PDP), his party before he decamped to the ruling All Progressive Congress (APC) and was appointed minister by President Muhammadu Buhari.
PREMIUM TIMES on August 15 obtained a video showing Mr Lokpobiri telling the potential delegates to vote for him in exchange for money in the coming primaries of the party. He is a strong advocate of an indirect primary for selecting the party’s candidate for the election.

Preye Aganaba Steven is an engineer and one of the founding members of the APC in Bayelsa.

Mr Aganaba, a close ally of the Minister of Transportation, Rotimi Amaechi, contested for the Bayelsa Central Senatorial election in 2015 but lost to Emmanuel Paulker of the PDP.
He is one of the aspirants that expressed a preference for indirect primary.

Maureen Etebu was appointed the pioneer Vice-Chancellor of the Nigerian Maritime University, Okorenkoko, Delta State, in 2015, by the then President, Goodluck Jonathan.

She is a Professor of Mechanical Engineering and arguably the most certified aspirant in the race for the party ticket. She has three PhD degrees.
The former Commissioner for Special Duties under the late Governor Diepreye Alamiesiagba administration is one of two women in the race for the ticket.

Ebitimi Amgbare contested as the governorship candidate of the defunct Action Congress of Nigeria (ACN), now APC, in 2007. He was considered then as the main contender to the current Minister of State for Petroleum, Timipre Sylva, who emerged as the winner under the platform of PDP in Bayelsa State.

Mr Amgbare successfully challenged the election tribunal’s decision that upheld Mr Sylva’s victory at the Appeal Court in Port-Harcourt, leading to the appointment of the Speaker of the State House of Assembly as interim governor until a new poll on May 24, 2008, restored Mr Sylva as governor.

Mr Amgbare is a kinsman of the incumbent governor, Seriake Dickson, from Sagbama Local Government iArea and was a commissioner for youth and sports in the state.

Diseye Nsirim-Poweigba is a retired police commissioner and the second female aspirant cleared by the party NWC on Tuesday. Her campaign promises hinge on national security and employment creation.

She was born in the Kolokuma/Opokuma LGA of Bayelsa State in the 1950s.

Ms Diseye joined the Nigeria Police Force as a Cadet Officer in 1979 and rose through the ranks to be appointed as the Commissioner of Police in Niger State in 2012. She served in the state till her retirement in September 2014.

Lyon Perewonrimi is the CEO of Darlon Security and Guard, a private security firm in Bayelsa State. He was born into the Olodiana clan of Southern Ijaw Local Government Area of the state.

Mr Pereworimini contested under the platform of PDP as an aspirant to represent the Southern Ijaw Constituency IV in 2011. He defected from the party in 2015 to join the ruling APC.
***
Source: PREMIUM TIMES
Top Stories