The Big Brother Naija housemates have been stunned after Jidenna and Ebuka paid a visit to the house. 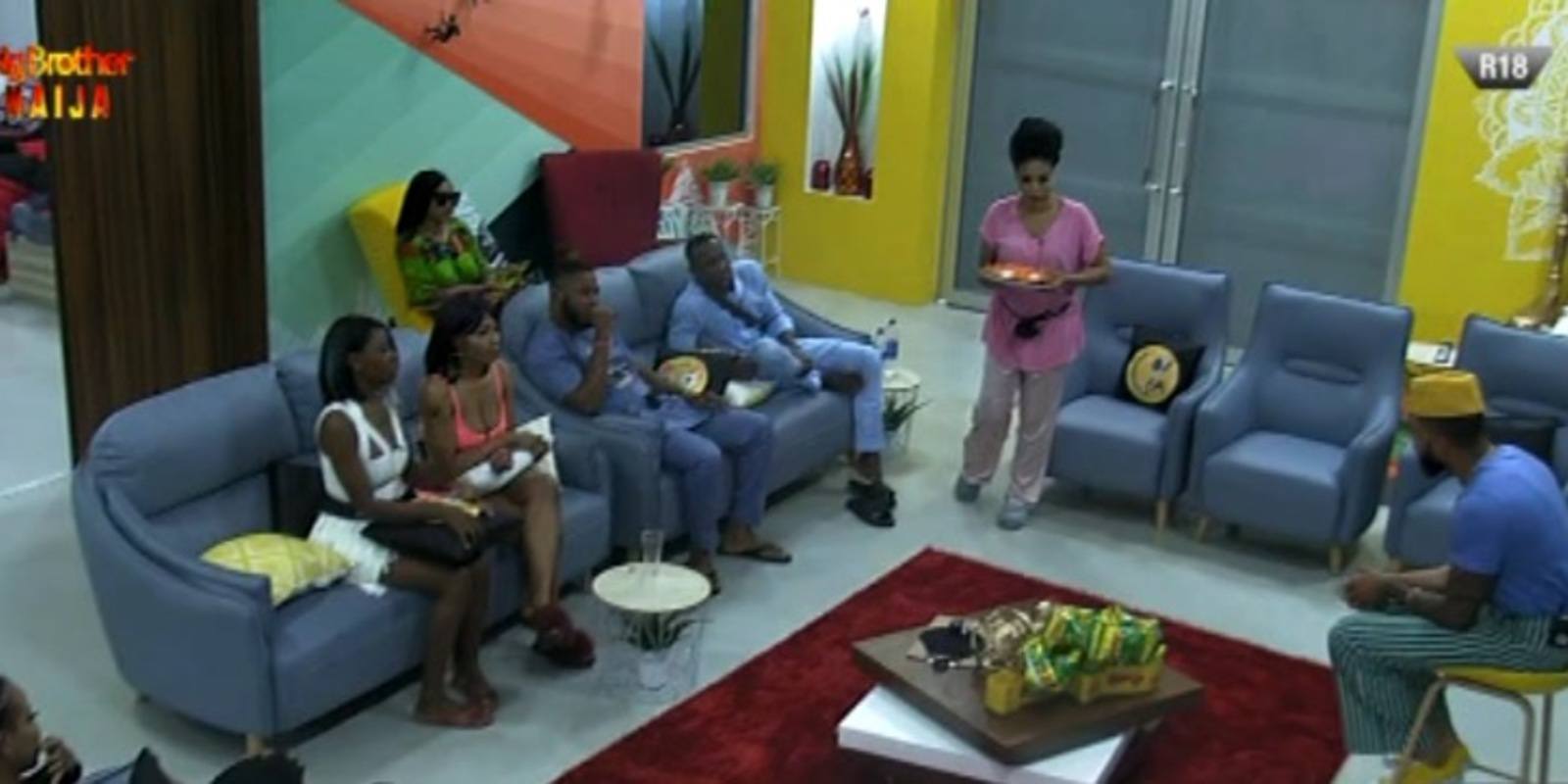 The Housemates were having their lunch in the lounge when suddenly Biggie announced, “Housemates, freeze!” If you saw the looks on their faces, you would think they had seen Big Brother himself for the first time. Ebuka along with the sensational Nigerian born American rapper, Jidenna walked in. Can you imagine their reactions?

Maybe ‘unbelievable’ would be an understatement if we could capture the thoughts of the Housemates as the two unexpected visitors stepped into the House. Like everybody else, the Housemates never imagined a visit. As expected, many of them couldn’t contain their excitement, freeze or not. Cindy nearly leaped for joy upon seeing Jidenna. Also, Diane, Omashola, Mike and Mercy had no choice but to resort to facial expressions.

A Tour Of The House

With the way Ebuka was chatting up Jidenna in front of the frozen Housemates, you would think he deliberately wanted to see their reactions. Oh yes, he did get some.

From offering him the MunchIt snacks to asking his thoughts about the House, Ebuka sure knew how to pepper the Housemates any day.

As he walked his visitor round the lounge where the Housemates were found in different awkward positions, (no thanks to Biggie’s ‘freeze’ order), some of them winked, some were all smiles, and others were just too conscious not to earn Biggie’s wrath. From the bedroom to the garden and the HoH room, Ebuka ensured his guest got an exceptional tour of the House.

As soon as the surprise visitors left and the Pepper Dem Housemates were asked to unfreeze, they screamed.

Just when we thought that Biggie was done with the twist, we saw Jidenna come back into the house.
But this time, he was alone and he came bearing a gift: cake. After an introduction section with the Housemates, he took them through his music career in the US.

We could tell the Pepper Dem Gang had fun as some of them asked him questions. After a few hugs here and there, Jidenna, who was really enjoying the company of the Pepper Dem Gang, had to leave. It was indeed a fun moment for the Housemates and they sure won’t forget it in a hurry.
Top Stories