It has been revealed that soon, UTME candidates will need to have their national identity number to write the exam. 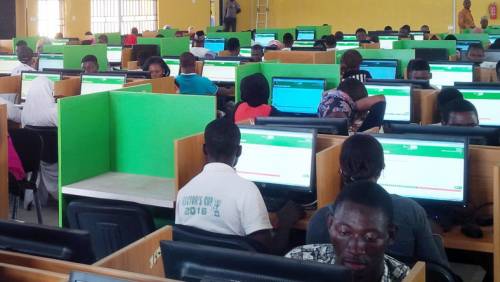 File photo
Candidates of the Unified Tertiary Matriculation Examination (UTME) will, as from next year, need to register with their national identity number (NIN) to sit for the exam, TheCable reports.

This is coming on the back of the partnership between the Joint Admission and Matriculation Board (JAMB) and National Identity Management Commission (NIMC) to harmonise data of UTME candidates to reduce cost of registration and check underage registration.

The two agencies announced the collaboration in Abuja on Monday at a stakeholders’ meeting among JAMB, NIMC and the Bureau of Public Service Reform (BPSR).

Speaking with journalists shortly after the meeting, Ishaq Oloyede, JAMB registrar, said the partnership became necessary to ensure that candidates who were eligible to sit for the examination were captured.

“So, those who are doing registration will collaborate with NIMC to make sure that we pay for one and you get two. A candidate will spend six years in primary school, secondary school six years making 12 years,” he said.

“If you are fortunate one way or the other and save one, two, three years of excessive speed,

Aliyu Abubakar, the director general of NIMC, had previously said the commission got the approval of the federal executive council (FEC) mandating all private and government agencies to ensure that their data met NIMC standard.

Abubakar said the idea was to enable NIMC duplicate those data for national security and development.

“We have already got the approval of Federal Executive Council to ensure that private and government agencies that are already capturing data should capture to the standard set by NIMC so that we can duplicate those data,” he said.

“So, with the private and other government agencies into the picture, so we ensure that we have more than 10,000 centres so that every ward in Nigeria will have an enrolment centre.”

The NIMC boss said a technical committee would be set up to ensure that the partnership achieved the desired result.

Dasuki Arabi, director general of Bureau of BPSR, said “the aim of facilitating the partnership between JAMB and NIMC was to bring the agencies up to speed in line with the National Strategic Plan on Public Service Reforms.’’

Arabi said the collaboration was to ensure synergy among agencies to reduce the cost of governance.

“Now, the president has given us a matching order to collaborate, work together, reduce cost of governance and provide solutions to our problems,” he said.

“And I don’t think we are going to compromise quality in the process of reducing cost of governance.’’
Top Stories