The election, which started at about 11:30 pm Tuesday night, ended at about 5am Wednesday morning. 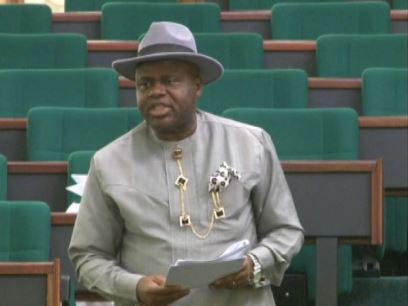 Douye Diri
The Senator representing Bayelsa Central Senatorial district, Douye Diri has emerged winner of the 2019 Peoples Democratic Party, PDP governorship primary election in Bayelsa state.
The PDP primary election was attended by former President Goodluck Jonathan, the current governor, Hon. Seriake Dickson and other major stakeholders of the party.
Out of a total of 1,244 accredited delegates, Douye Diri secured 561 votes to beat his closest rival, Chief Ndutimi Alaibe, who pulled 365 votes.
The election, which started at about 11:30 pm Tuesday night, ended at about 5am Wednesday morning.
In his address, immediately after the counting of ballots, the chairman of the electoral committee and Governor of Taraba state, Darius Ishaku, declared Diri winner of the election having met all the conditions and got the highest number of votes.
He said “I wish you good luck as you proceed to represent PDP in the general election. I want to plead with all of those who participated in the primary election to come together and work as a team so that the state can continue to enjoy the dividends of democracy.
“I commend your peaceful disposition before, during and after the election, and the security agencies for providing adequate security for a peaceful, fair and credible exercise.”
Senator Douye Diri will represent the party in the November 16 governorship election.
Top Stories