He urged the Federal Government to hasten the intervention process and institute stiffer measures against South Africa over the endless xenophobic attacks. 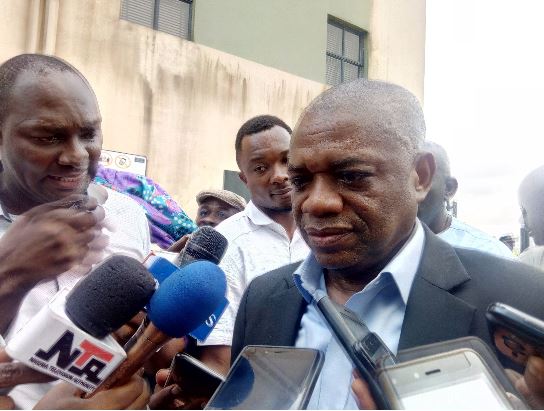 Orji Kalu
Orji Kalu, Chief Whip of the Senate, has condemned the attacks on Nigerians in South Africa, describing it as ill conceived, disheartening and wicked.
In a statement issued on Tuesday in Abuja by Mr Kunle Oyekunle of Orji Kalu Media Office, the former governor of Abia questioned the essence of the renewed attacks on Nigerians.
“The gruesome killings, looting, arson of property belonging to Nigerians and attack of Nigerian Embassy in South Africa is ill-conceived, disheartening and wicked.
“How can any sensible person attack and burn a fellow human being just because he or she has a feeling to do so?
“Those mindless criminals who attacked and prevented law abiding Nigerians to freely conduct their businesses must be made to pay for their crimes.
“Arresting them is not enough,’’ he stressed.
While emphasising that South Africans lived and carried out their businesses peacefully in Nigeria, Kalu said there would be no reason to allow them operate further if South African government failed to protect the lives of Nigerians.
“If the South African government fails to do more to protect the lives of Nigerians, there should be no reason to allow them to operate freely in Nigeria.
“All their enterprises deserve to be closed down including MTN, DSTV, Shoprite among others.
“In the spirit of brotherhood, we have supported them. Our doors have always been open, but it’s time to retaliate by shutting our doors,” he said
The Senate Chief Whip, however, commended President Muhammadu Buhari for dispatching a special envoy to the South African government.
He urged the Federal Government to hasten the intervention process and institute stiffer measures against South Africa over the endless xenophobic attacks.
Meanwhile, Mr Adetola Olubajo, President, Nigeria Union South Africa, said on Monday that the attacks began on Sunday morning in Jeppestown area of Johannesburg, when a building was set ablaze by an angry mob.
“The mob also looted several shops that were around the vicinity suspected to be owned by foreign nationals.
“But the police later dispersed the mob and made some arrests.
“Late in the evening of Sunday, Sept. 1, a group of violent locals, suspected to be Zulu hostel dwellers besieged Jules Street in Malvern, Johannesburg, looted and burnt shops and businesses with Nigerians being the most victims.
According to witnesses living on Jules Street, the Zulu hostel dwellers were very organised and well-coordinated in looting and burning of shops and businesses suspected to be owned by foreign nationals.
The News Agency of Nigeria (NAN) recalls that over 70 shops and businesses were destroyed, looted and burnt on Monday night in Malvern area of Johannesburg.
-NAN
Top Stories