Some hoodlums yesterday night attacked one of the South African multinational companies and torched the building. 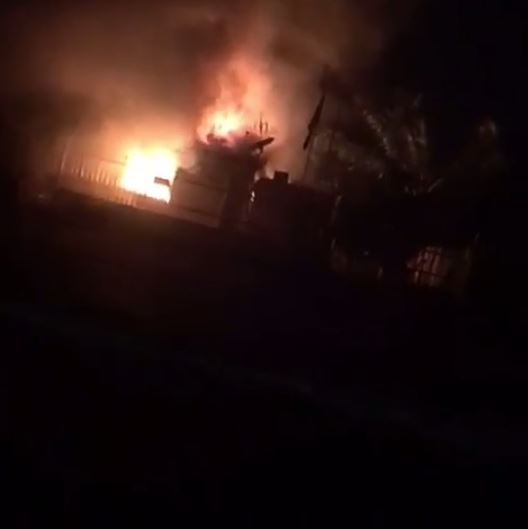 An image of the fire incident
Following xenophobic attack in South Africa, angry youths have set MTN Office on fire in the Bodija area of Ibadan, Oyo state capital.
According to report, the office had earlier been shut over widespread attacks on South African companies in the country.
It was reported that irate protesters had attempted to vandalise the office during the day but security operatives resisted the attack.
Meanwhile, some hoodlums regrouped at night and set the office on fire.
A correspondent currently monitoring the development. The Shoprite shopping mall at the Ring Road area of the city of brown roofs was also threatened by protesters.
Watch the video: