The former England youth player has been given the full support of his club after a cruel personal blow. 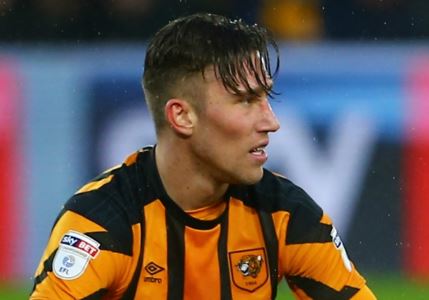 Angus MacDonald
Hull City defender Angus MacDonald has been diagnosed with bowel cancer, the Championship club has confirmed.
Tests have shown the 26-year-old is suffering from the early stages of the disease.
The Tigers said in a statement on Wednesday that the club will support MacDonald through his recovery.
"Hull City are sad to announce that Angus MacDonald has been diagnosed with early stages of bowel cancer," Hull's statement read.
"Angus has shown great strength of character in the way he has reacted to this news.
"The whole Tigers family join together in showing Angus continued love and will support him in his recovery. His physical and mental wellbeing are our number one priority at this moment in time.
"The club kindly requests that supporters and the media respect the privacy of Angus and his family at this time. Please also note that any further updates on his progress will be provided by the club."
MacDonald was restricted to a single Championship appearance last season after being diagnosed with deep vein thrombosis.
The former England U19's defender began his club career with Reading and enjoyed notable stints with Salusbury City, Torquay United and Barnsley - the latter of which he was named captain of before joining Hull in early 2018.
Upon making the move to the Tigers, MacDonald declared the move a crucial one in his career.
“It’s a big step for me and I’m looking forward to getting going here," MacDonald said at the time.
“This is a big club and a chance for me to progress my career. When you arrive at a club, you’re always going to have to fight for a place in the team and I’ll look to do that by trying to impress in training.”
Hull currently sit 20th in the Championship after winning just one of their first six league games having finished 13th last season.
Top Stories