Nigeria Vs England: Chelsea's Tammy Abraham Advised On Country To Play For


Abraham has featured in two friendly matches for England but he is still eligible to represent the Super Eagles of Nigeria in the future. 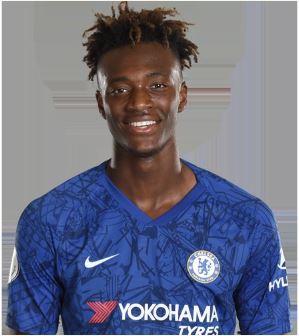 Tammy Abrahim
Former Arsenal midfielder, Ray Parlour has advised Chelsea striker, Tammy Abraham to pick England despite Nigeria’s move for the player’s services.
Abraham’s international future remains a subject of discussion among pundits and coaches due to his eligibility to represent either Nigeria or England.
Nigeria’s FA president, Amaju Pinnick had earlier told player to choose the Super Eagles because he has better chances of playing regularly for the team.
However, Parlour said that the striker should continue his career with England despite his inability to make Gareth Southgate’s recent squad list.
“Once you start with a country as a youngster, I think you should stick with them,” Parlour told talkSport.
“It’s up to the player; he’s looking at whether he’ll get an opportunity. It’s a battle, because there are a lot of good players in England, and you’ll get a lot more caps if you go elsewhere.
“If he keeps scoring goals, he will definitely get into the England squad. He’s got an opportunity to be in the squad, but obviously he won’t be in front of Harry Kane.
“As a manager, you’d be on the phone straight away saying, ‘You’re in my plans, keep playing as you are, and you’ll get an opportunity’. That’s what I’d be doing if I was Gareth Southgate.” he concluded
Abraham has featured in two friendly matches for England but he is still eligible to represent the Super Eagles of Nigeria in the future.
Top Stories