An office belonging to the All Progressives Congress has been burnt down by an irate mob. 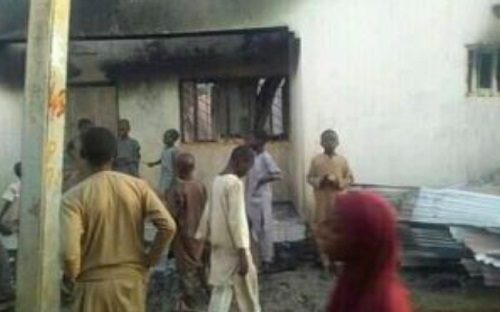 Scene of the incident
A group of angry thugs have burnt down the Private Residence of the Secretary to the Katsina State Government, Alhaji Mustapha Inuwa and the Office of the All Progressives Congress, APC in Damusa LGA of the state.
The hoodlums were said to be protesting what it described as ‘complicity’ on the part of Alhaji Inuwa towards the armed banditry attacks plaguing areas in the central and southern part of the state.
The Protest was sparked when traders who were returning from the Danmusa market were ambushed by armed bandits at the outskirts of the town which led to the death of one of the traders.
No sooner had the news hit town, Cose to a thousand youths from the mobilized to the scene of the crisis and took the body of the deceased to the District head’s palace who fled on sighting the protesters.
The source added that the action of the District head further aggravated the annoyance of the tensed youths who turned violent and marched to the country home of the SGS and set it ablaze. 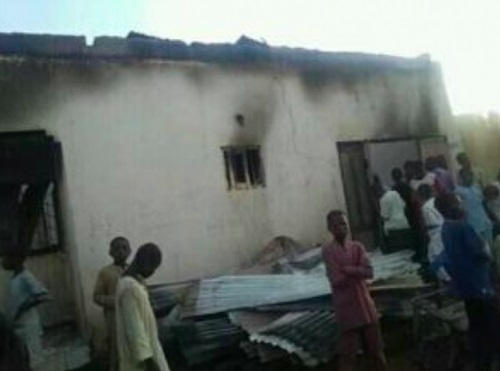